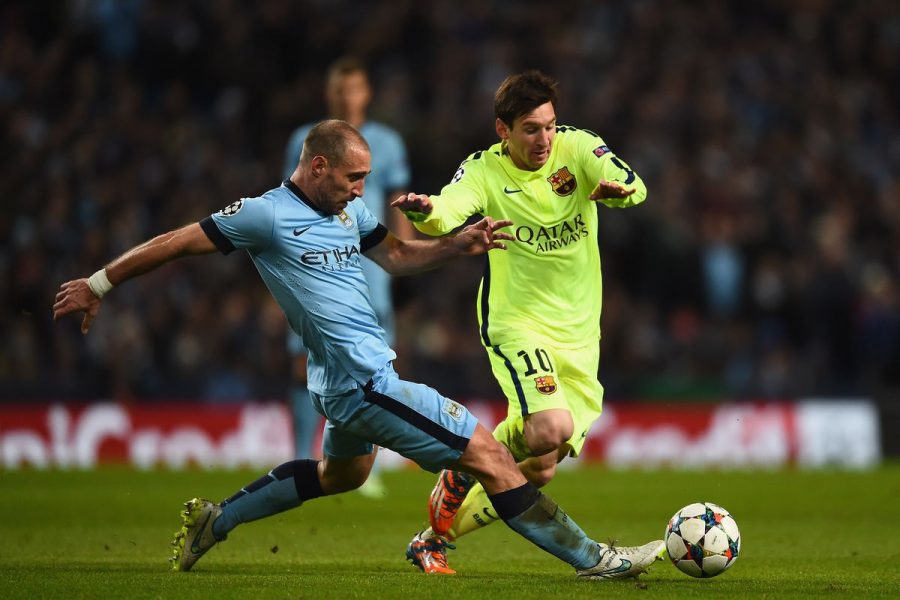 The Champions League is back and oh, how we have missed it. The second week of knockout matches should be a fantastic one, with many of Europe’s most talented squads and players in action for their immensely important first-leg fixtures. As we gear up for an exciting second week in European soccer’s largest club competition, let’s take a look at each matchup and give some predictions:

The last time English side Chelsea FC squared off against German powerhouse FC Bayern Munich was in the 2012 Champions League Final, where Chelsea, thanks to an equalizer in the closing minutes of the game from forward Didier Drogba, sent the game into extra time, ultimately securing the victory in penalties. In the eight years since that match, both teams have held their role as a consistent presence in European competitions.

Bayern Munich seem to be one of the favorites every year to lift the Champions League trophy at the end of the season, with success, both domestically in the Bundesliga and in Europe, becoming a standard for the club.

Chelsea, under young head coach and former player Frank Lampard, have endured a rollercoaster of a season so far, currently sitting fourth in the Premier League.

Bayern Munich, who have won the Bundesliga for seven straight years, look to be on course for another one, as they sit atop the league and do not seem to be slowing down.

Chelsea will start with energy and intensity, but the Bavarian club from south Germany simply has too much quality and depth for the English side that resides in west London.

Chelsea advancing through the group stage this year was a surprise for many. After being handed a transfer ban at the beginning of the season, they have not been able to strengthen their squad with any incoming players. With that said, a match against Bayern seems too much to ask. Neither team has injuries to any key players going into this match, but Frank Lampard’s young side have too much to handle.

Bayern’s Robert Lewandowski, Kingsley Coman, and Serge Gnabry might find it difficult in the opening minutes to break down Chelsea’s defence, but their persistence and quality in the final third will pay dividends, leading to a comfortable win for the German club.

This match is an interesting one. Napoli will be playing at home at the Stadio San Paolo and Barcelona is dealing with some major injuries. The Catalonians will be without Luis Suarez, Ousmane Dembele and now possibly Jordi Alba after suffering a knock against Getafe.

You would think this may give the squad from Naples the advantage. However, Napoli has been underwhelming this season and often shift their lineup, struggling to find consistency anywhere on the pitch. Even without some of La Liga’s second-placed Barcelona’s best players, they will still have the better side. This match will be a good one and tight throughout, but Barcelona will take a slight advantage going into the second leg fixture at Camp Nou.

Despite some of Barcelona’s injury woes, the team should win the match. Keep an eye on the confrontations between Napoli’s star center back Kalidou Koulibaly and Barcelona’s walking legend Lionel Messi. Whoever gains the edge between the two could very well decide the result of this match. It’s hard to choose against Messi when previewing any matchup, so give his side the edge.

Whenever Juventus is mentioned, one man immediately comes to mind: Cristiano Ronaldo. The Portuguese talisman has been on a tear this year for the Italian giants, having scored 35 goals in 35 games for club and country this season (which is especially impressive considering he is 35 years old). Juventus is a staple in European competitions, having made the final in 2015 and 2017, but ultimately coming up short against Barcelona and Real Madrid, respectively. This is not unfamiliar territory for the Turin club, as they look to advance without a hitch against French club Olympique Lyon (OL). Everybody loves an underdog story, but OL’s torrid season in Ligue 1 leaves them in 11 in the standings and short of confidence, having won one game in their last five in the league. Even though OL have experience in European competitions, having participated in the competitions 20 times since 1996, Juventus will be focused and look to eliminate any hope from the French side as soon as possible.

The scoreline might be close, but it will be total domination from the Italians, leading to a comfortable win. Anytime a team has a player with the quality of Cristiano Ronaldo on their side, it is a tough task for any opposition to try to deal with. Even if Ronaldo does not play well, which would be a shock to many, Juventus have the likes of Paulo Dybala and Juan Cuadrado to make up for it. In addition, the solid defensive play of Leonardo Bonucci, Giorgio Chiellini and Matthijs de Ligt leaves OL with a slim chance to find the back of the net, especially since their main scorer, Memphis Depay, is injured and out for the season. It’ll be an interesting match to keep your eyes on, but expect Juventus to take care of business here.

This match may be the best one out of all the first-leg fixtures. Two European giants squaring off in a must see battle. This game will have a lot of goals. There’s simply no way that either one of these potent attacking lines gets held in check for 90 minutes like the last time the two played a first-leg match in the Champions League knockout stages in 2016.

First-place La Liga side Real Madrid will be happy to have Eden Hazard back from a long time out due to injury. He should have a massive impact on the match if Madrid manager Zinedine Zidane deems him fit to start against City.

For the Premier League’s second-place side Man City, Raheem Sterling and Sergio Aguero will surely look to terrorize a seemingly penetrable Madrid back line.

The result of this match will rely on whichever midfield dominates possession. If Toni Kroos, Luca Modric and emerging Uruguayan star Federico Valverde have time on the ball, this match could tip to Madrid’s favor. Not to mention, the man who will sit behind them in the defensive central midfield position, Casemiro, is a consistent stalwart that could impact the game on both sides of the field. But a strong showing from the Belgian maestro Kevin De Bruyne like we’ve seen so many times and an immensely important defensive shift from Fernandinho could flip the script.

Another huge storyline in this match is Man City dealing with the aftermath of a Champions League financial ban for the 2 years following this year’s competition. Will they have a different mindset going into the match knowing that it will be their last time on Europe’s biggest stage for 2 years? Also given how far back City is behind Liverpool in their domestic league, will they have additional incentive to go all-in on the Champions League?

The game might end in an exhilarating draw that leaves both sides wanting more. There will be chances galore, but nobody will pull ahead at the Santiago Bernabeu. Keep your eyes on this match, it will be great football regardless of the result. It’s almost bittersweet how early this mouth-watering clash is in this year’s Champions League. Feels almost like it should be a semi-final rather than a round of 16 match.