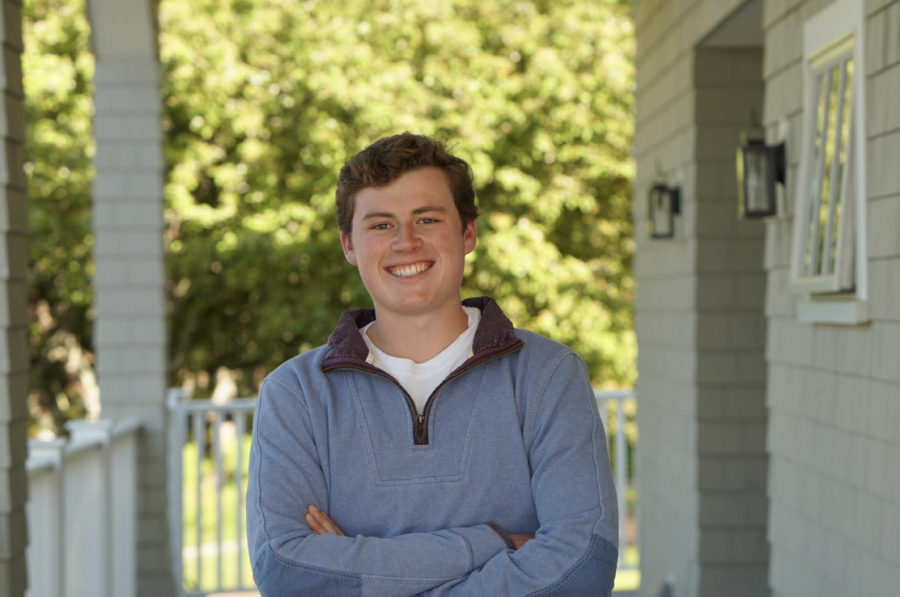 Junior Chris Burke is a Political Science and Peace and Conflict Studies double major. He has also been the Editor-in-Chief of The Colgate Political Review for three years.

“I like combining the more theory-heavy political science coursework with current events discussion through my PCON classes,” Burke said.

Burke hopes to work in strategy consulting or national security/intelligence in the future. This summer he will be working as an intelligence analyst with BAE systems. Burke does not limit his academic interests, however, and seeks to get the most out of his Colgate education.

“Last summer I conducted research on climate change and Arctic militarization in Prague as a Stone Fellow with the Center for Freedom and Western Civilization,” he said.

“[The Colgate Political Review] focuses more on current events and political themes, giving students a new avenue to write articles with a more national/global lens rather than a local one,” explained Burke.

The new publication began with a website, and slowly the group was able to increase their writer pool, expand their social outreach and secure funding for a print edition. So far, they have published two print editions of The Colgate Political Review.

“I think starting a publication has been an incredibly rewarding process, and I feel we offer students a great outlet for their political writing,” Burke said.

Burke is also deeply involved in the club soccer program. Burke and others who joined the club soccer team his first year were disappointed with the lack of commitment people showed for the sport.

“When we first joined the team as [first-years], we were barely getting enough kids to games and losing every single one. There was definitely a commitment problem with the team, so we decided to try and revitalize the program,” Burke said.

Burke his teammates printed posters, ordered new jerseys, and put in the time to convince people that the club soccer team was worth sticking with. Burke is currently one of the captains of the club soccer team; this fall, they recruited 20-30 boys who came to all the practices and games, and the team had four wins, two ties, and only one loss.

“My favorite thing about Colgate is how passionate the students are. I see it across the organizations I’m involved with and in conversation with friends. It’s fun for me to feel that kind of interest in my own school, and see it in the people around me,” he said.

Burke is one of many students empowered and compelled to do the most with what they are passionate about.