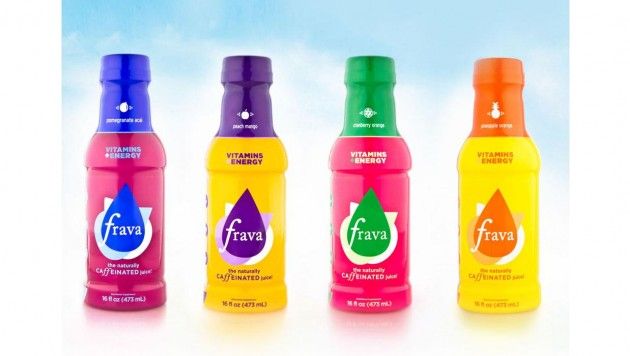 The start of the new academic year brought the various flavors of Frava, a naturally caffeinated juice created by Colgate alums Evan Berman ’10, Jeffery Karas ’10 and Chloe Goldman ’10, back to the shelves of the C-store.

What began as Berman’s simple desire to avoid drinking coffee and energy drinks during finals week of his senior year quickly translated into an entrepreneurial start-up project after graduation.  Upon graduating with a degree in economics, Berman received his masters in accounting and began working in New York City at Deloitte & Touche LLP, a large accounting and consulting firm. While he was at Deloitte, Berman continued to pursue his idea of developing a caffeinated beverage without carbonation or the inevitable “energy crash” stage.

“I felt that there was a gap in the market place. There’s juice, there’s coffee, there’s carbonated energy drinks, there’s soda…so I wanted to create a hybrid category that merged the classiness of juice with the functionality of caffeine. The way I looked at it, I was pioneering a new category,” Berman said.

At a business lunch in the city, Berman was fortunate enough to meet an important contact in the beverage industry, who was very interested in the idea and suggested he contact a group of scientists to further discuss this plan. Berman met with the scientists, scraped together the $10,000 required to develop the formula and proceeded to learn how to develop his product and successfully bring it to market.

Raising much-needed capital was the next step in continuing to develop “Frava,” named because of the combination of fruit juice and java. Berman continued to network in the city and eventually met an interested entrepreneur who owned Candid Litho Printing, the largest printing facility in New York City. After a few months of negotiations with this entrepreneur, Berman landed a $1.2 million investment, which included the critical aspects of warehousing, design teams and accounting teams. Berman promptly left his job at Deloitte and dedicated his time to marketing his new product. This investment was especially crucial in the months following Hurricane Sandy, when many other start-ups were devastated in the slow economic conditions following the storm.

Officially launched in October 2012, the business initially experienced two very rough months with Hurricane Sandy and the ensuing holiday season. Business began to pick up in January 2013 when Frava caught the attention of the former Vice President of Red Bull, who was very interested in expanding the brand.

In April 2013, Frava received an order for over $60,000 in just one week, forcing the company to return to production.

At only 24 years old, Berman has caught the attention of some very savvy people through his successful navigation of manufacturing, distribution and branding of his product. He attributes the many skills necessary for his success to his liberal arts education at Colgate.

“I think there’s some sort of innate quality in being an entrepreneur. Simultaneously, what Colgate taught me was how to think. There’s no possible school that I could go to [that would] teach me manufacturing, distribution, trademarks, patents, contacts…this is completely all about problem-solving, and my Colgate education is definitely a key factor in how I approach my decision-making… I think the versatility of the liberal arts education allowed me to go and do something that I think is completely different,” Berman said.

“I fell into the trap while I was at Colgate of what I was supposed to do; which was go to Colgate, work in finance and accounting and make a lot of money…Well I went and I did that and I hated it. I think the big thing…is be passionate about what you do,” Berman said. “When I go to work I don’t think it is work. I work 100 times harder, and [with] every decision you feel the consequences or successes always immediately…it’s been an amazing experience.”

For now, Berman is focused on expanding his product, yet he realizes the mistakes many make in trying to expand too quickly. New England is the next target demographic, especially because of the large amount of prep schools and colleges in the northeast.

“It would be nice if we were a national brand, but we don’t want to get too ahead of ourselves,” Berman said.

Berman maintains a realistic understanding of what it is like to completely devote oneself to a start-up project.

“It’s not always glorious being an entrepreneur…there are days where you need to put yourself in everyday shoes. Are you ready to sit on a sales truck and do route-rides?…You can’t just be doing it for the glamour because it is hard, hard work…I’ve had a lot of sleepless nights and pits in my stomach…and that’s just the way it is….But that’s the one thing about the Colgate education: problem solving. You have a problem? You find a solution,” Berman said.