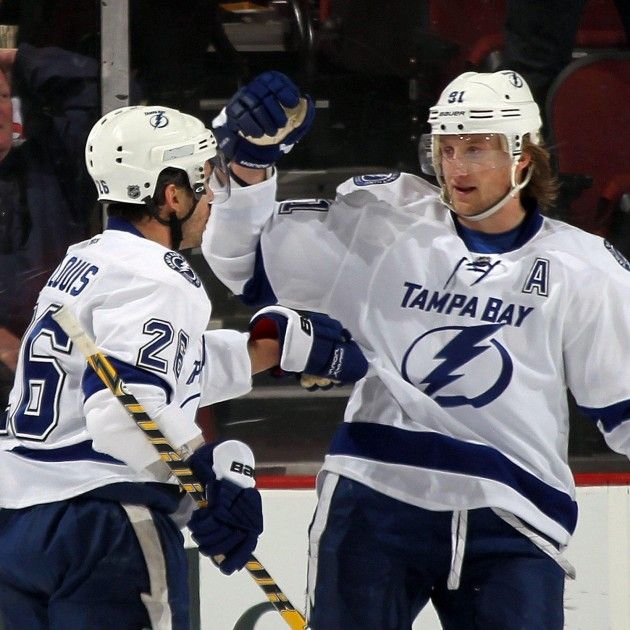 The 2013-2014 NHL season will be one of the most unique in recent memory, as the Atlanta Thrashers’ move to Winnipeg has finally resulted in division realignment. Obviously, keeping the Manitoba-based Winnipeg Jets in the Southeast Division with Washington, Carolina, Florida and Tampa Bay was problematic, and the plans to fix that problem are coming into effect this season.

Teams will now belong to one of two conferences (East and West), and are placed in one of two divisions within that conference. Out West, the divisions are the “Pacific” and “Central,” and in the East are the “Metropolitan” and “Atlantic.”

All this realignment should be beneficial, as new rivalries will erupt, fans will be able to see new players and, in general, teams won’t have to travel quite as much. Even without this experiment in division arrangement, this season promises to be exhilarating. Coming off of last year’s lockout-shortened season, there are far more questions surrounding far more teams this season. Will MVP Alex Ovechkin continue his goal-scoring tear from last season’s second half, or will he be ineffective as he was to start the year? Can Sidney Crosby stay healthy for the Penguins? Are the Islanders a legitimate playoff contender, or was last year’s 48-game season a fluke?

Questions clearly abound as we move into October, but let’s look as best we can into the crystal ball to see what lies ahead in the 2013-2014 season for individual players as well as teams trying to adjust to the new alignment.

Calder Trophy (Rookie of the Year):

The talented 18-year-old should have plenty of opportunities to make his selection by Tampa at the number three spot in last year’s draft pay off, as it has been speculated that he will play alongside all-stars Martin St. Louis or Steven Stamkos either at even strength or on the power play at times this season. If the agile, playmaking winger sees enough ice time – especially on the man-advantage – he will assuredly post impressive goal and point totals.

today, and his production over the last two years has reflected that. While last season did not quite match his breakout 2011-2012 season, he still managed to put up five goals and 19 assists while averaging over 25 minutes of ice time in 47 games. The Blues are one of the most well-rounded teams in the league, and their addition of Derek Roy this offseason will only help the power play that Pietrangelo quarterbacks.

Columbus’s Sergei Bobrovsky had a superb season last year, and L.A.’s Jonathan Quick and Ottawa’s Craig Anderson are always among the leaders in goals against average, save percentage and wins, but Henrik Lundqvist is the most likely goalie to win the Vezina this year. “King Henrik” led the league in wins last season with 24, and was in the top five in save percentage and saves. The Rangers will likely be near the top of the East once again, and that means more wins and more gaudy stats for Lundqvist.

As much as one has to admire Alex Ovechkin and the second half he put together last year, scoring 27 goals in the last 32 games, I like Tampa Bay’s Steven Stamkos’s chances to win his third Rocket Richard Trophy in the last five years. He has a more consistent right-hand-man in Martin St. Louis than Ovechkin does in Nicklas Backstrom, and his ability to score at even strength is second to none. I would not be shocked to see him reach 60 goals once again.

If he can stay healthy, there is absolutely no reason why Sidney Crosby can’t win the Art Ross trophy next year as the league’s top point-getter. With a star-studded supporting cast and a skillset unrivaled in the world of hockey, Crosby could put up historic numbers this season. This is all contingent on his being healthy, and with severe concussion history and jaw, ankle and knee injuries in his past, that is no given.

Many people thought that Crosby should have won the Hart last season, as he recorded an impressive 56 points in just 36 games, but Ovechkin’s value to

Washington was just too significant. This year, the MVP will be Crosby’s to lose, as he comes into the season supposedly healthy for all intents and purposes. A number of hockey fans came to detest Crosby for his alleged diving and complaining, not to mention his gold-medal winning goal over the U.S. in the 2010 Olympics. Today, however, one must realize that Sidney Crosby is without a doubt the best player in the world, and as long as he stays healthy he will have no trouble winning the Hart.

Not surprisingly, based on the Calder and Rocket Richard Trophy predictions, I see the Lightning surprising a number of people and sneaking into the playoffs. In addition to Stamkos, St. Louis and Drouin, the Bolts acquired Vinny Filpula from Detroit to try to make up for the loss of Vincent Lecavalier. The offense was one of the best in the league last year, and it may be even better this year. If goaltenders Ben Bishop and Anders Lindback can play to their potential, this team will go places.

Edmonton has been flirting with mediocrity ever since they began amassing and spending their high first round draft picks on promising young talent such as Taylor Hall, Ryan Nugent-Hopkins and Nail Yakupov. This year, I expect them to finally make the jump into the playoffs, with new coach Dallas Eakins at the helm. Eakins has a reputation for being hard-edged, and that could be just what the youth on the team needs to pull it all together.

The Boston Bruins will return to the Stanley Cup Final for the third time in four years, but they will finish as runners up for the second consecutive year. While Boston is a team built for playoff success, I see Los Angeles meeting them in the Final, where the Kings will ride Drew Doughty, Dustin Brown and Jonathan Quick to another Stanley Cup. The two teams are very similar, as they both combine hard-nosed hockey with skillful play from scorers like Boston’s Patrice Bergeron and Brad Marchand and L.A.’s Mike Richards, Jeff Carter and Anze Kopitar. In the end, I trust Jonathan Quick over Tuukka Rask, and Boston’s move to trade away Tyler Seguin has me a little concerned.