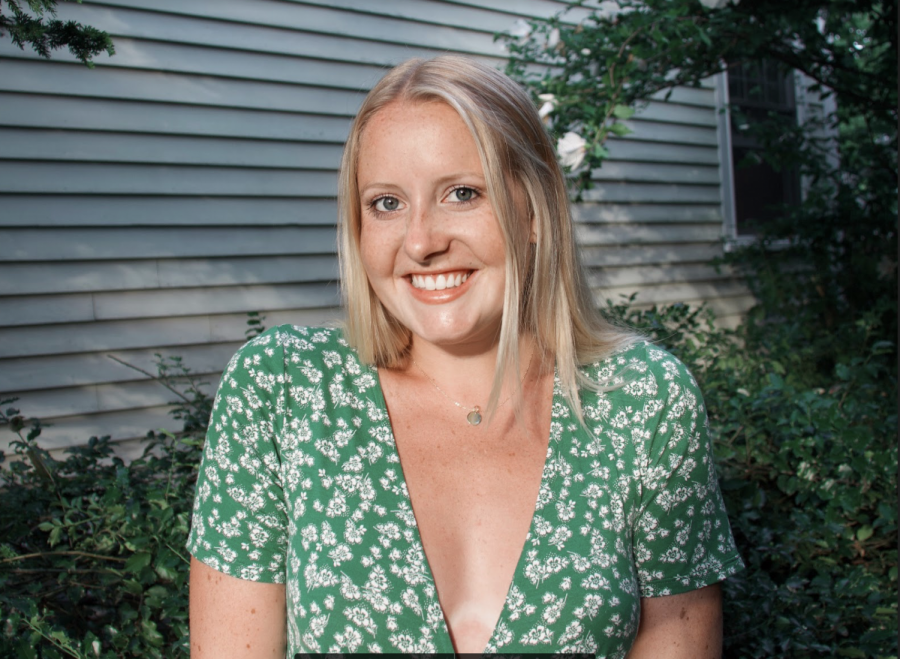 In high school, senior Louisa Gould was ranked the best high school beat-boxer in the Northeast U.S. and was nationally ranked among the best from other regions.

“I got really into beatboxing through my a cappella group in high school. I mostly taught myself through YouTube videos, starting in seventh grade,” Gould said.

Gould, originally from Marblehead, Mass., a small coastal town north of Boston, is no longer a competitive beatboxer. Now, it is something she mostly does for her own enjoyment.

“It’s something I do here and there for fun, but I don’t perform anymore,” Gould said. “Aside from enjoying it from a musical and performance perspective, at this point it’s honestly just a really good party trick.”

That being said, Gould hasn’t ruled beatboxing out of her future just yet. She said she is considering joining a professional beat-boxing group after she graduates.

Beyond beatboxing, Gould’s plans for the future also include working on the business side of fashion. As a sociology concentrator and mathematics minor, she has tailored her academic coursework in a way that will best suit her career interests.

“I think the combination will serve me well, as it will help me understand both the human aspect as well as the analytical and numerical side of the business world,” she explained.

Gould is fascinated by sociology, she said, because all humans are fundamentally social beings that are shaped by the environment. She believes that her sociology education at Colgate has changed her perspective on many facets of society and impacted the way she thinks about society as a whole, as well as the people who live in it.

“My [concentration] has absolutely contributed to how I view issues related to race, class, gender and ability, among other things, both on this campus and globally,” Gould said.

Last semester, Gould wrote her senior thesis on hookup culture at Colgate. At the moment, she could not disclose her results but promised wholeheartedly that her findings were very interesting.

Gould was attracted to Colgate for its balance of being a small liberal arts college with traits typical of a larger school, like Division I athletics as well as the presence of Greek life.

Outside of academics, Gould is involved in a number of groups and organizations on campus, both as a member and in leadership positions. She is on the Student Government Association (SGA) as the secretary of the Class of 2020 and the co-president of the comedy sketch group Experimental Theater Company (ETC). Gould is also a member of Colgate Stand-Up, French Club, Figure Skating Club, Colgate Women in Business and Gamma Phi Beta.

“I really love being involved in so many different spheres throughout campus, as it allows me to interact with a wide pool of people I love,” Gould said.