Speak for Yourself: Why to Spend Four Years learning friom Each Other 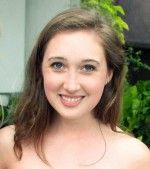 I was inspired by the buzz surrounding the University’s Student Organizational Relationship Statement to reflect on something that the proposed policy changes have very little to do with, but which will probably the most significant relic from our four years here: relationships between individuals.

Lifelong bonds and leadership opportunities inspire more of a reminiscence than a reflection, as I would rather continue to appreciate the people and experiences for what they are as the final weeks of the semester wind down. Other kinds of relationships, however, offer a more valuable opportunity for critical reflection.

I remember the moment a few years ago when I realized that in the eyes of the townspeople, and maybe the University’s administration and faculty, that I was just one of many students who rotate in and out of Hamilton in four-year increments. As the school changes and the town ages, the faces of the students may change, but there will always be a contingent of 18- to 22-year-olds populating Hamilton. Sometimes I fear that students also understand their time at Colgate to be ephemeral and end up acting accordingly. Our four years here may be short, but they are undeniably formative. As much as school feels like a summer camp, and as surreal as it seems that we live in close quarters with so many people our own age, that doesn’t mean that what we do here “doesn’t count.” In fact, it counts a lot.

The interactions I have had with students I am just getting to know or who remain strangers to me have been both the most affirming and the most disappointing moments in my career at Colgate. I am confident in our community when I receive a polite, coherent Letter to the Editor about an issue that someone believes our newspaper has overlooked, underreported or treated inappropriately. These are opportunities for  civil and productive back and forth conversations between parties who have much to gain from sustaining such a dialogue. I have been disappointed when students are uninterested in talking to me directly when they are unsatisfied with newspaper content. Spontaneous, respectful, intra-student communication is the bedrock of our experience here and will, I believe, be the most significant takeaway from our time at this school. Remaining gracious in our negotiations with each other is an excellent goal, but keeping such negotiations between students is imperative.

I learned this lesson myself only a few months into my first year at school when there was a conflict among my suitemates in Andrews. Instead of openly discussing the issue together as a group, a few of us reached out to parents and deans in hopes of having the conflict resolved for us. I realize now that I was evasive and quick to judge, and that a candid discussion that we ourselves had initiated, instead of a mediated discussion organized by a staff member, would not only have led to a more honest conversation, but presented an opportunity for personal growth.

Faculty, staff and administrators exist as a valuable resource for us should we need advice and counseling, but turning to these administrators before attempting to resolve a conflict among ourselves will do nothing to shape our ability to compromise with others in the future. Just as you would go to a boss or a super as a last resort when a coworker or neighbor is being unreasonable, there is immense value in waiting to bring in administrative reinforcement and instead trying to engage with each other directly. Such a conversation might bring to light another side of the issue, or it may introduce you to a new point of view.

Just because Colgate is often described as a bubble does not mean that we are necessarily a cohesive community within that bubble. It seems like many of us still misunderstand each other and are hesitant to socialize and engage with others outside of our comfort zones unless we are mediated by a professor in class or prompted by a highly-managed activity to do so.

We enter the University as first-years with differing and often conflicting values, and while they may evolve during our time here, the very least we can do is learn to be accommodating. I am baffled by the fact that Chinese sound art around campus has been damaged and installations in Little Hall have been destroyed or stolen. I fail to understand why LGBTQ doors erected for the purpose of support have been defaced with homophobic graffiti and town property continues to be damaged or stolen. We come to college not just to learn in the classroom but to be exposed to alternative understandings of art and sexuality, for example.

We are a small community of curious and empathetic people, and I have confidence that we can break outside of the bubbles we create for ourselves. Since my first year I have gotten better at actively putting myselves in positions where I have been forced to look at issues through new, unfamiliar lenses. Through my responsibility as editor of the newspaper I have been exposed to controversial and often troubling events on campus and have had a more enriching experince at this school because of it. There is a lot more to this school and the people who go here, all you need to do is take part in a conversation.

To all the underclassmen who can look forward to more time spent in Hamilton, I urge you to treat this place like your home, not somewhere you are just passing through. The people you may meet and the conversations you may have as a result of active and respectful engagement with peers will undoubtedly have effects lasting long after graduation.