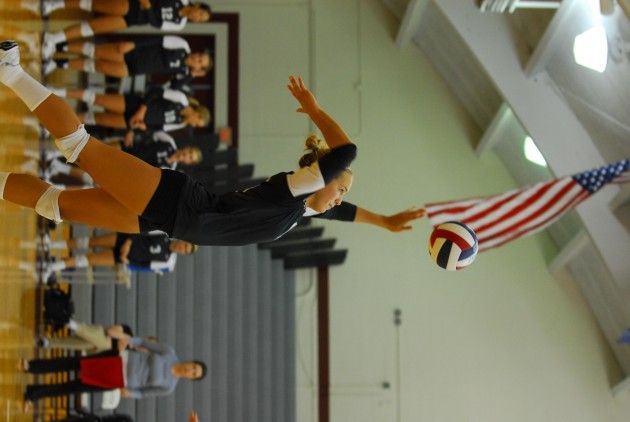 Despite a rocky start, the Colgate volleyball team dominated Patriot League play in their 2012 season and took home the title of Patriot League Champions. The team looks to continue this momentum for the 2013 season, and they hope the combination of old leadership with new talent can help them get there.

“I am really looking forward to seeing this team take it a step further next season and win it all again. We have a great group of players and a ton of potential,” returning captain junior Kaylee Fifer said.

In pre-league play, the Raiders faced tough opponents and carried a 0-9 record until their first win against Siena in September. However, the team was able to turn over a new leaf, only losing five more games for the rest of the season and ending with a 17-14 record.

Head coach Ryan Baker hopes to improve this aspect of the team’s play next year.

“Our goal is to make a better showing early on during our non-conference portion of the schedule and again contend for a championship,” Baker said.

Fifer echoed Baker: “We have worked extremely hard to improve our individual skills this spring, hopefully giving us an edge when entering back into the season in the fall and produce a few more wins in pre-season.”

However, like last year, the Raiders will face fierce non-conference competition from well-known programs across the country. The team anticipates challenging games from the

Fifer and Baker are both optimistic the team can achieve their pre-season goals, as five returning seniors will help carry the team and provide valuable leadership on and off the court.

“We will have an entire senior class of leadership. We have five

seniors who all exhibit complementary leadership qualities that will allow our team and program to be at it’s best,” Baker said.

A new crop of recruits will also help the Raiders in their 2013 season, and Colgate is eager to see what they can do. Baker hopes to see them make an impact on the team early on and bring a energy to the court in practice and

“I am very excited about our incoming first-years. They are strong and competitive and I think that they will be a great addition to our team,” Fifer said.

Once the 2013 season gets going, the team will have to remain sharp, as all eyes will be watching the defending Patriot League champions.

“We need to focus on the process throughout the season. It is very easy for a team to think about defending their title, but that will not benefit us. In order for us to be our best, we must put all energy and effort into that day of practice,” Baker said.

“We have the big ‘X’ on our back and I believe our senior leadership will keep the team focused on us and what we have control of. We must remain confident, composed, and competitive. It should be an incredible season as long as we stick together and stay healthy,”