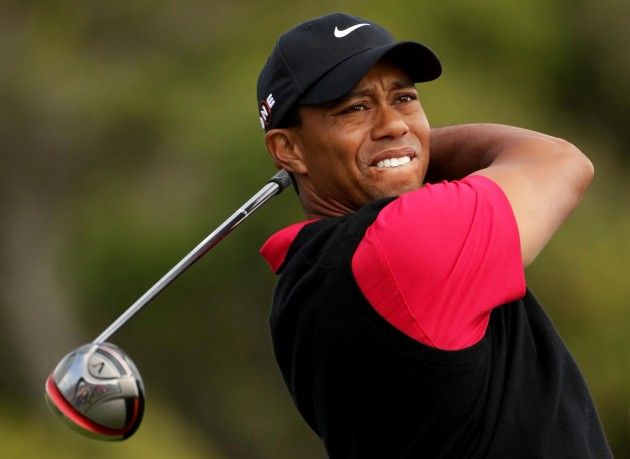 Fresh off becoming the number one player in the world, Tiger Woods has his sights set on a fifth green jacket. With three wins under his belt so far this season, a hugely improved putting stroke, and more confidence on the course than we have seen in years, he finally seems primed to break his major championship drought. Woods has not won a major since his epic one-legged victory in the 2008 U.S. Open at Torrey Pines and hasn’t won the Masters since 2005. Despite top-six finishes in six out of his past seven outings at Augusta National, he has been unable to find a way back into the winner’s circle. It seems that every year at this time, Tiger enters April as the prohibitive favorite. This year is no different. However, champions are not crowned before they step onto the course and several challengers are more than capable of making Tiger wait yet another year to add a new jacket to his already impressive collection. Here are the five biggest threats to Tiger’s run at a fifth green jacket.

1. Phil Mickelson: This one is easy. Mickelson, already a three-time Masters champion, has one tournament win this season and always seems to be in contention on Sunday at Augusta. His creative play and short game wizardry are well-suited for this hazardous course. Scoring well on the par 5’s is vital for success in the Masters and the long-hitting Mickelson regularly boasts one of the best scoring averages on tour on such holes. Lefty has every skill you look for in a Masters champion. Don’t be surprised if he joins his long-time rival, Woods, with a fourth green jacket.

2. Rory McIlroy: Of the players on this list, McIlroy is the most unpredictable. This year has been unkind to the Northern Irishman, having already lost his number one ranking and only recording one top-10 finish. Ditching the Titleist gear that helped him ascend to number one in favor of Nike products has been a tough adjustment and he seems quite uncomfortable with his new clubs. However, as much as he has struggled, he possesses one of the prettiest swings the game has ever seen and when he is on his game, he is just about unbeatable. You just never know which McIlroy you are going to get: the guy who shot 80 in the final round of the 2011 Masters, blowing a four stroke lead or the guy who won last year’s PGA Championship by a record eight strokes.

3. Justin Rose: Do you know who the third ranked player in the world is behind Tiger and Rory? Hint: it’s not Luke Donald, Steve Stricker or even Phil Mickelson. It’s the 32-year-old Englishman,

Justin Rose. Already with three top-10s to his name this season, Rose is one of the hottest players coming into the year’s first major. Rose has a stellar track record at Augusta National, with no missed cuts, three top-11 results in his past five appearances, and a top-5 back in 2007. Rose has all the measurables you look for when picking a Masters champion: eighth in driving distance, second in sand-save percentage and second in overall scoring average. One of the best players on tour without a major, this tournament could be Rose’s chance to break through. In years past, he has gotten off to a hot start but faltered as the tournament wore on. I have a feeling that this year we will be hearing his name all

4. Brandt Snedeker: Sitting two spots behind Justin Rose in the world golf rankings is Vanderbilt alum, Brandt Snedeker. Widely known as one of the best putters on tour, Snedeker has the game to win at Augusta. He had a real chance in 2008, but ended up finishing tied for third after a catastrophic final round 77. His game has vastly improved since the 2008 season and now Snedeker is a mature veteran who is a legitimate threat to win every tournament he enters. He will come to Augusta on the heels of an extraordinary five-week stretch in which he recorded one win, two runner-ups and a third place finish. If Tiger is coming into the Masters playing the best golf in the world, Snedeker is a very close second.

5. Adam Scott: Will this finally be Adam Scott’s year? Every April, it seems, pundits around the globe claim that this year will be the one that Adam Scott finally wins the Master’s, as if it’s his destiny to one day put on the green jacket. In many ways it makes sense. The Australian seems like he was born to play Augusta National. He drives the ball a mile, his iron play can be spectacular and his putting stroke is pure. Yet, he just has never quite been able to put it all together. After recording top-8 finishes in each of the past two Masters, expect Scott to fulfill his “destiny” or come awfully close. But rest assured, if he does not emerge victorious this year, next year will be Adam Scott’s year.

This column would not be complete without a prediction: Justin Rose and Adam Scott will be among the first and second round leaders but will be overtaken by Tiger Woods after a brilliant third round. Ultimately, Woods will fend off feverish late Sunday charges from both Phil Mickelson and Brandt Snedeker to capture his elusive 15th major and fifth green jacket.