Writing About the Arts at Colgate 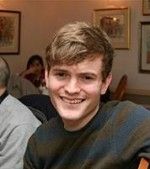 As I reflect on my time with the Maroon-News, I’m looking over my writing. Searching through some old articles that I wrote, I come across my piece that I did on the first ever ‘Gatestock that took place in the spring of 2010. The first ‘Gatestock was a lot like Woodstock in that it rained and there was a lot of mud. It was also pretty cold. And, diligent first-year writer that I was, I stayed for almost the whole thing. In those few hours, however, I saw something that was simply amazing.

What I saw was a hugely ambitious event that was entirely conceived by students and almost entirely run by students too. A few imaginative, hardworking young people with a little help from the administration had put together a line-up of performers, arranged for a stage and sound system to be erected on Whitnall Field, and got other students to barbeque and run carnival games. There was even a giant bouncy house.

The rain may have discouraged some from coming, and unfortunately some food and music sets had to be moved inside to Donovan’s Pub, but it didn’t put a damper on people’s spirits. People came out to support friends and dance to their songs, splashing around in the puddles and getting a little muddy along the way.

As a writer for the paper’s Arts & Features section, I’ve had the privilege of going to a lot of events that were imagined and made into reality by students. I’ve written about 24 Hour Burn, which is entirely created by students – from the script, to the direction, to the performance – and all in one long day. I’ve reviewed indie shows with some cutting-edge performers who were found and booked by students. I’ve covered shows by Charred Goosebeak, a student comedy improv group that is the legacy of the famous Broken Lizard, a group of Colgate friends who made it big in comedy.

I’ve also been to arts events where I’d wished there were more students. I’ve been to sublime and inspiring concerts by the Colgate Orchestra that probably had about as many students on stage as in the audience. Every jazz performer that has been to brought to campus, and there have been some cool ones, has had a pretty gray-haired audience of faculty and townspeople. I’ve been to film screenings that were canceled because I was the only one who showed up.

The arts at a liberal arts college are important because they allow students to express and, in a way, create themselves. However, they are also important because they remind us that there is a world outside of campus. The arts depict an outside reality that can challenge us and make us strive to use our liberal arts knowledge to understand and empathize with that world beyond Colgate. The world will sometimes give you jazz-fusion performers whose music you don’t completely understand or maybe it will give you rain, but as Colgate students we should respond with creativity and determination. You’ll probably have fun along the way. I certainly did writing about the arts for the last four years, and I’m grateful to the Maroon-News for giving me the reason and motivation to do so.