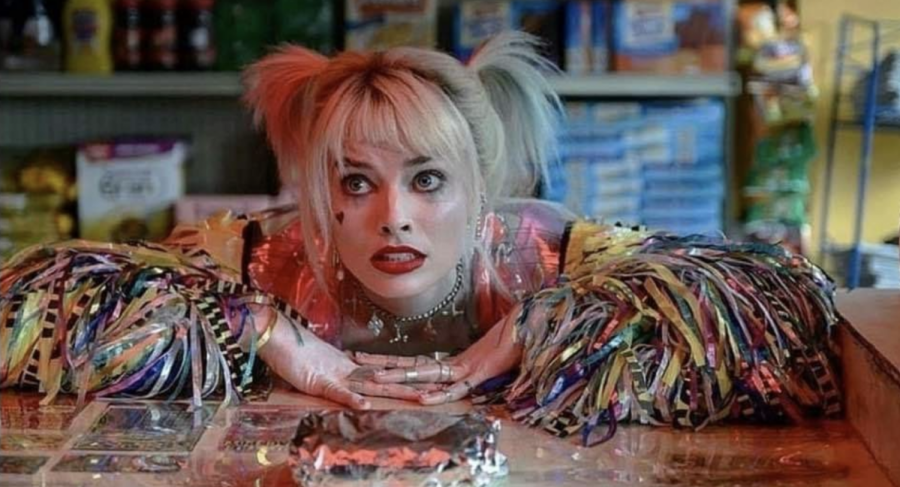 “Birds of Prey (And The Fantabulous Emancipation of One Harley Quinn)”  (2019), hereinafter referred to as “Birds of Prey” is the latest film in the DC Universe (DCU). Directed by Cathy Yan, it is a dazzling and dizzying affair with its tongue firmly in cheek, scene after scene of endless style through its narrator and center, Harley Quinn, played to perfection by Margot Robbie. The small cast that surrounds Rosie Perez, Jurnee Smollett-Bell, Mary Elizabeth Winstead, Ella Jay Basco and Ewan McGregor is a recipe for some dark comedy and killer intense action.

It’s a “low stakes” affair—for what could be more low stakes in a superhero universe than a diamond macguffin? But I must come back to the main selling point of the movie—its sharp style. Through a mix of cast, writing and smart editing, the style flows like a wash of colors that hits you in the face with a baseball bat or paints a comic shade of green. At times, a sinister reality pokes its needles out of the comic drapes through McGregor’s character, Black Mask, who is otherwise affable. The entire movie is a quick-paced never-miss-a-beat romp that doesn’t pull any punches.

Is it a masterpiece? Absolutely not! Is it fun? Absolutely! And it’s not mindless fun, either. It’s a modern high-brow B movie and it knows it. Being one of the few good DCU movies, it’s to great relief that this fantabulous emancipation lives up to its name, freeing itself from the staunch grimness of the Snyder era like 2019’s  “Shazam” before it. It’s nice to see them allowing “smaller, non-world-ending-catastrophe” films like this in DCU’s “Joker” (2019) doesn’t count, as it sits in Christopher Nolan’s universe. While I don’t love “Birds of Prey,” I appreciate it, and the risks the film takes with style feel like a breath of fresh air.

In preparation to viewing this film, I’d suggest you watch Margot Robbie’s interview with  “Hot Ones,” both for its entertainment value and sneak peak to the movie. Robbie has been killing it this past year, with her critical acclaim for  “Once Upon a Time in Hollywood” and “Bombshell”. Now a two-time Oscar nominee, Robbie reclaims Harley Quinn, all the more impressive after the failure and disappointment of  “Suicide Squad” (2016). Her performance keeps the movie alive and demonstrates her versatility as an actress. The film takes place after her break-up with the Joker, now emotionally and physically vulernable, as the people she’s wronged enact their revenge.

The performances are solid and the pace is appropriately fast; my favorite part of the movie is the girl squad element and its beginnings, comprised of Harley Quinn (Robbie), Huntress (Winstead), Black Canary (Smollett-Bell), Renee Montoya (Perez) and Cass (Basco). It far surpasses Marvel’s half-hearted, two-minute attempt to form one in  “Avengers: Endgame.” All in all, “Birds of Prey ” is a good movie and thoroughly enjoyable, but in this era of comic book adaptations, does it stand out? Not very much. The script was questionable at times and the climax was underdeveloped. Yet, overall the pros outweigh the cons, and it’s at least worth a watch. Plus, the soundtrack is fire, so be sure to save it to your Spotify.