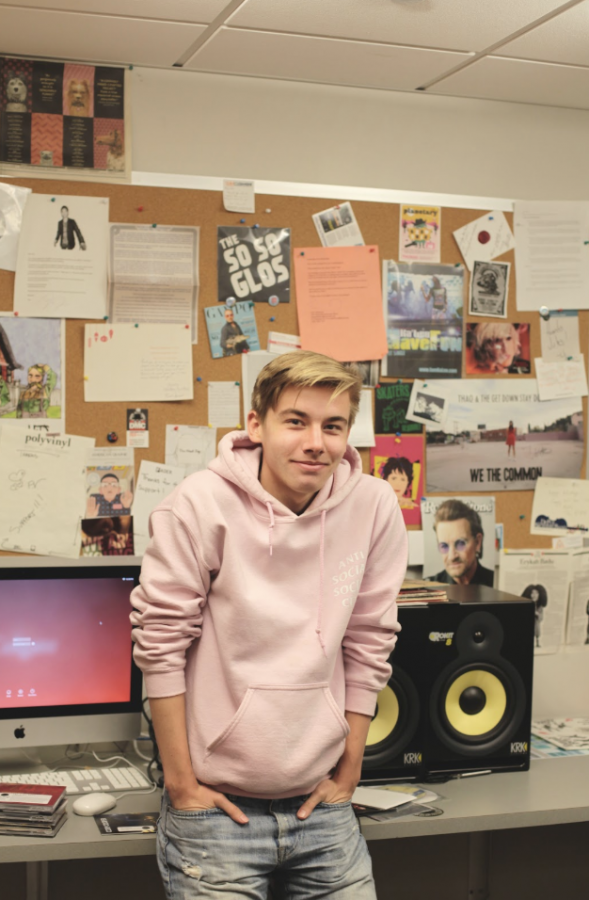 As a long-distance runner for the Colgate cross country and track and field teams, junior Tommy Williams, shows dedication to his teams, as well as other extracurricular activities. This dedication extends to the Student Athlete Advisory Committee (SAAC), in which Williams serves as one of the two representatives for cross country and track and field.

Not only does Williams thrive on the track, but also behind the camera, taking and editing photos for the Colgate Maroon-News.

For more than four years now, Williams has been a lover of photography, the driving passion behind the work he does for the newspaper.

While he is mainly interested in film photography, Williams decided to jump in and get involved his sophomore fall with the Maroon-News.

Not only does Williams love what he does as a photographer, but he also relishes the added benefits of being able to attend interesting talks and enthralling discussions. Williams explains that photography is important to him because it has increased his involvement on campus as he now attends events to take photos that he might not have otherwise.

“I just started taking photos for the paper on a whim, which was really fun because I got to go to a lot of campus stuff. I went to a lot of ‘Living Writers’ talks and philosophy department talks,” he said.

Williams has also been hosting his own radio show since his freshman year and has been the music director of WRCU since last spring. While Williams’ passion for photography is strong, his interest in radio hosting is unparalleled as it contributes to what he aspires to pursue after graduating with his English and computer science double concentration.

“I think [photography] is more of a hobby for me. I am more so interested in radio. While I have applied to [National Public Radio] internships, I think that having newspaper background is definitely a major part of that,” Williams said.

Studying abroad in London this semester, Williams reflects on his experience with the Maroon-News and with photography.

“I have really enjoyed being in the office. I feel like I read the Maroon-News a lot more now. While I don’t really see the behind the scenes of how the paper works because I just send in the photos I take and edit, I still think it is truly a great way for people to get involved. I feel like I really got to see a lot more of what is happening on campus by working for the Maroon-News.”