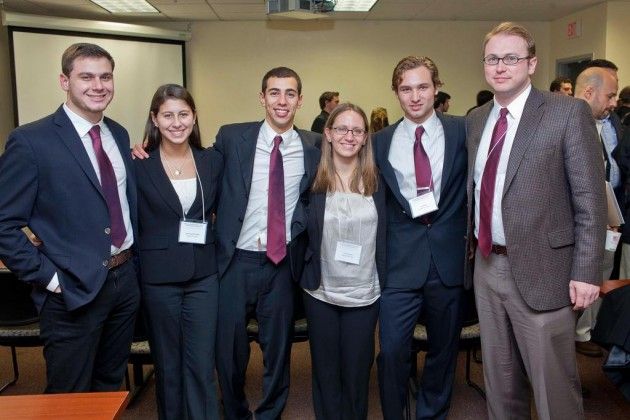 Teams across the United States and Canada are given 15 ethical cases concerning dilemmas such as political affairs, assisted suicide and environmental endangerment. The Association for Practical and Professional Ethics develops each case to ensure the competitors demonstrate a clear understanding of the facts, articulate an effective argument pertinent to the individual situation and think promptly when responding to the opposing team’s challenges. The students are asked to prepare thoughtful and righteous arguments along with appropriate courses of action and argue their stance against one of the opposing teams.

Rating criteria, as decided by a panel of judges, focuses on ethically relevant considerations, avoidance of ethical irrelevance and deliberate thoughtfulness.

Teams compete at a regional level before the top contenders convene at the national level. The Ethics Team, although a newcomer to the competition, has successfully qualified for the national bowl all three years of its existence.

Last semester, the team had their record performance to date. The team, which consisted of seniors Taylor Lake and Mclain Roth and juniors Ryan Geisser, RJ Szuba and Sarah Dhaouahira, placed first in the region. The team looked with high hopes to this semester, and, with plenty of practice, returned to the national arena.

“I am always impressed by the level of discourse and thought that our members bring to the conversation. It is particularly important that our cases focus on ethical principles rather than superficial arguments, so the Philosophy department proves to be an invaluable resource,” Lake said. “We consult with different professors in the department to consider a variety of opinions and viewpoints. They not only challenge our arguments, but show us how philosophy can strengthen our stance.”