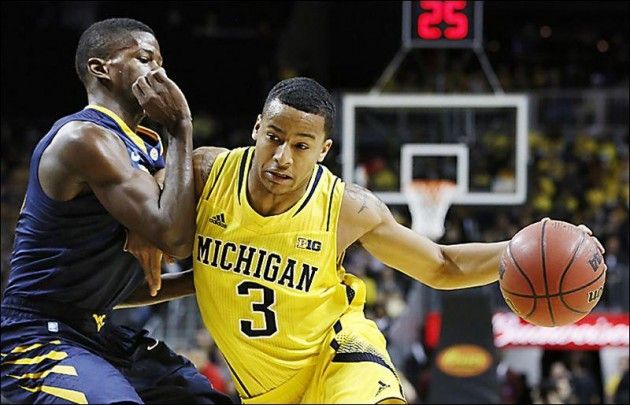 From Stephen Curry to Kemba Walker to Anthony Davis, it seems that every March, one or two electrifying college basketball players take over the NCAA Tournament and elevate themselves into the annals of March Madness lore. With the tournament field finally set, it’s time to start thinking about who that special player will be this year. Here are my eight best guesses for players to watch.

Trey Burke, Point Guard, Michigan: Averaging 19 points and seven assists a game, this lightning-quick sophomore point guard has a knack for making all the right decisions. He sports an absurd 3.5:1 turnover to assist ratio, and can hit big shots in important moments. As the emotional leader of a very talented Michigan squad capable of making a deep run in the tourney, Burke will have plenty of opportunities to build on that clutch reputation. The Big Ten Player of the Year has terrorized his own conference all season long and I have no doubts that he will continue his dominance in the big dance.

Doug McDermott, Forward, Creighton: This versatile junior big man can stroke it from deep and grind it out in the post. As one of the nation’s leading scorers at 23 points per game, McDermott has put Creighton on his back, making the team a fixture in the AP rankings all season long. McDermott recently scored 41 points on Missouri Valley Conference rival Wichita State in a game Creighton had to win after dropping four of their past seven. He is threat to score 30 points every time he hits

Victor Oladipo, Guard, Indiana: Oladipo is without a doubt one of the best athletes in college basketball this year. If you haven’t seen his “almost dunk,” go check it out right now. Currently among the favorites for

National Player of the Year and

averaging 14 points, six rebounds and two assists, Oladipo headlines a strong Indiana unit that many are predicting to go all the way. With elite raw talent and a high motor, he is a menace on both ends of the floor, capable of locking down the opponent’s best wing and controlling the game on offense. He is a highlight waiting

Anthony Bennett, Forward, UNLV: This uber-athletic freshman forward came to UNLV with high expectations and has so far exceeded all of them. One of the most productive freshmen in the nation, Bennett averages 16 points and eight rebounds a game. His dynamic and explosive offensive skill set has NBA scouts drooling and college opponents shaking in their boots. Although he is a bit undersized at just 6’7″, Bennett can score with ease from anywhere on the floor. Bennett will look to capitalize on the national spotlight that the tournament brings and cement his status as top-five pick in next year’s NBA draft. Look for amazing things from this

Otto Porter, Forward, Georgetown: After starting the season slowly, Porter has been absolutely on fire of late, putting up 33 points in a showdown with Syracuse and 28 points against Rutgers. His rise has rocketed Georgetown into the top 10 and to the top of the Big East standings. This sophomore forward is a nightmare on both sides of the ball, capable of taking over any game at any time. Even though he’s not quite a jaw-dropping athlete, he is smooth and intelligent, always

seeming to be in the right place at the right time. Keep your eyes on Porter, the Big East Player of the Year, and the rest of the Hoyas during March Madness.

Ben McLemore, Guard, Kansas: In early January, McLemore put the nation and NBA scouts on notice with a masterful 33 point performance on 6-6 shooting from deep against Iowa State. He hasn’t let up since, leading the Jayhawks with almost 17 points per game. With world-class speed and leaping ability, this freshman guard is an absolute terror in the open court. He is one of the most exciting players in the nation to watch, and my bet is that he puts on a show in this year’s

Deshaun Thomas, Forward, Ohio State: Leading the outrageously deep Big Ten in scoring this year at almost 20 points per game, Thomas is one of the best pure scorers the nation has to offer. This junior is a well-rounded and versatile offensive machine who Ohio State relies on to carry much of the scoring load. He led the Buckeyes to last year’s Final Four, and OSU will need a repeat performance from Thomas to get back there again this year. He’s more than capable of making

Shabazz Muhammad, Forward, UCLA: One of the top recruits in last year’s class, Muhammad is a prototypical small forward with ridiculous leaping ability and the skill to score the basketball at will. His freshman year has been a bit inconsistent, and he is very much a one-dimensional player, but when his shot is falling, there are few better offensive forces in the country. UCLA coach Ben Howland has already speculated that Muhammad will enter the NBA draft following this season, so the NCAA Tournament will be Muhammad’s final chance to impress scouts. Don’t be surprised if he drops 40 points in a tournament game.