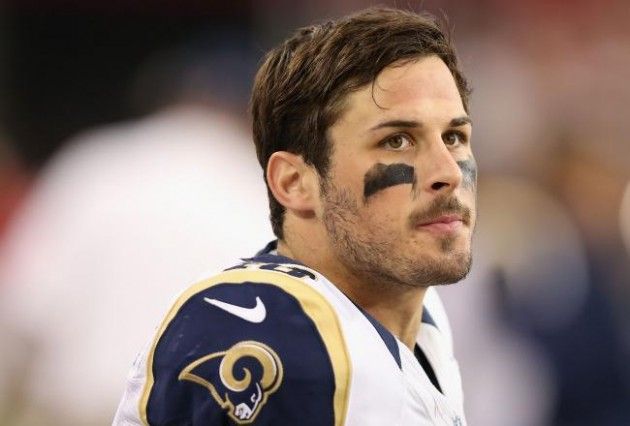 Technically, there are no “winners” or “losers” of the free agency period because, well, we don’t know how things are going to shake out down the road. Remember the 2011 offseason, when the Philadelphia Eagles landed a haul of big-name free agents en route to naming themselves the Dream Team? Headlining the signings were pass rusher Jason Babin, quarterback Vince Young, running back Ronnie Brown and the supposed best cornerback in the NFL, Nnamdi Asomugha. Babin recorded a career-high 18 sacks in 2011, but was a disappointment last season, tallying only 5.5 sacks in 11 games with the Eagles before being released. Young appeared in six games for the Eagles in 2011, amassing a whopping four touchdowns, 11 turnovers and a 38.3 QBR (total quarterback rating). Ronnie Brown rushed for a total of 136 yards the entire 2011 season, and after another down season with the Chargers, his career, like Young’s, appears effectively over.

Lastly, there’s Nnamdi Asomugha, whose tumultuous tenure with the “Dream Team” ended this offseason, when the Eagles decided not to pay the former Pro-Bowler $15 million for his services. In the two seasons following their big offseason, the Eagles compiled a record of 12-20 and missed the playoffs both years. Alas, the moral of the Dream Team tragedy is that free agent winnings can often be fool’s gold. Of course, that won’t stop me from doing some early prognosticating.

Danny Amendola: Danny Amendola’s agent deserves a raise … and thanks to the New England Patriots, he’s getting one. The former Rams wideout, generously listed at 5’11”, 188 pounds, has caught a total of 196 passes for 1,726 yards and seven touchdowns in his entire four-year career. His body has also taken a beating, as he missed all of 2011 with a dislocated elbow and five games last season with a broken clavicle. Yet somehow, Amendola found himself sitting in front of a five-year contract worth $31 million, $10 million of which is guaranteed. For the Patriots, the contract is a major risk, considering how unproven and injury-prone the 27-year-old is. In the immediate future, Amendola is a clear downgrade at the slot compared to Wes Welker, but the Patriots feel confident that Tom Brady and their offensive system did more for Welker than he did for them. The Patriots philosophy revolves around building players for their system, not overpaying for aging stars that have already succeeded in their system. It may seem callous and harsh, but it’s a philosophy that has made the Patriots the premier NFL franchise for the past decade. On the flip side, the contract is a major victory for Amendola, as he was able to upgrade at quarterback while giving himself some much-needed financial security.

Miami Dolphins: I’m not going to reprimand the Miami Dolphins for taking risks during free agency ? la Ashley Fox. Rather, I applaud these moves for a franchise that seemingly outperforms its talent each of the past few seasons. Dolphins General Manager Jeff Ireland picked his franchise quarterback in Ryan Tannehill last year, and is now ready to give him some weapons to play with. Dustin Keller should be able to provide a reliable safety valve for No. 17, but the real prize is big-play receiver Mike Wallace. Wallace has the size (6’0″, 200 pounds), speed (4.33 40-yard dash)  and youth (26 years-old, missed only one game) that warrant a big contract from a team looking for a legitimate go-to receiver. Miami fit the bill and obliged with a five-year deal worth around $60 million. Look for Tannehill to make a big leap forward this season thanks to the deep threat of Mike Wallace. On the defensive side, the Dolphins also made some major investments, revamping their linebacker core with the signings of Philip Wheeler and Dannell Ellerbe. Ellerbe was the heir apparent to Ray Lewis in Baltimore, after finishing second on the team in tackles (89) and sacks (4.5). In Miami, he will team with Wheeler, the former Oakland Raider, to add some size and athleticism to the Fins’ defense. However, keep in mind that this team has lost some key pieces as well, including former No. 1 pick Jake Long, impressive cover corner Sean Smith and tight end Anthony Fasano. It remains to be seen whether the additions made by Jeff Ireland will offset these big losses.

Baltimore Ravens: Maybe it isn’t always good to be the king. After lifting the Lombardi Trophy in February, the Ravens have seen their roster start to whither away. The former faces of the organization, Ed Reed and Ray Lewis, have played their last games in the purple and black, as Reed will likely sign with the Houston Texans and Lewis is continuing his long ride off into the sunset. Lewis’ aforementioned heir apparent Dannell Ellerbe took his talents to South Beach thanks to the lure of five years and $35 million, while defensive mate Paul Kruger cashed in on his nine-sack season by signing a $40 million contract with the division-rival Browns. As if the losses on defense weren’t bad enough, Ozzie Newsome shipped star receiver Anquan Boldin to the 49ers in exchange for a sixth-round draft pick. The team had initially asked for Boldin to take a pay cut, and when he refused, they made a deal with him to avoid paying the $6 million he was owed. At first glance, the Ravens’ offseason moves seem motivated by finances rather than football, but such is the nature of the business. Other teams are always looking to dethrone a champion, and the free agency period is merely the first opportunity for doing so. Baltimore’s main mistake was not locking up Joe Flacco before last season at a discounted price, as their savings there could have been used to retain important pieces like Boldin and Ellerbe this season. Instead, the Ravens will have to make due with newer, less experienced players on defense, and hope Flacco and Rice can carry the offensive load once again.

The AFC West: If you’re the Chiefs, Raiders or Chargers, chances are you’re probably not too pleased with New England’s decision to let Wes Welker walk. Why? Because he walked right into the outstretched arms of Peyton freaking Manning. Welker has been pure production in New England, catching over 100 passes and totaling over 1,000 receiving yards in five out of six seasons with the team. Though he’ll be leaving the league’s highest-powered offense in New England, he’ll be joining another offensive juggernaut in Denver, catching passes from Manning alongside fellow 1,000-yard receivers Eric Decker and Demaryius Thomas. If their offense can stay healthy (and there are some concerns with Knowshon Moreno, Manning and Welker), Denver could look similar to the 2004 Colts, which was the last team to feature a 1,000-yard rusher and three 1,000-yard receivers. That kind of combination, along with the exodus of proven players out of Baltimore, makes the Broncos the favorites to win the AFC next season. My advice to the rest of the AFC West: good luck in 2015!