For Yankees, Is Age Just a Number? 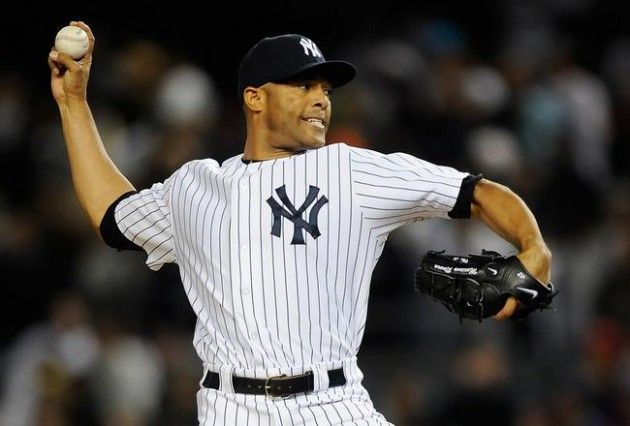 One of Major League Baseball’s most dominant teams is also one of its oldest teams. The New York Yankees have consistently produced one of the oldest rosters in recent years. Does that foreshadow a quick, brutish demise for some of the greatest players currently on that roster, or is it a positive and a vital part of the formula needed to win a World Series?

The Yankees enter the 2013 season with a multitude of injured players. Shortstop Derek Jeter is recovering from a serious ankle injury while closer Mariano Rivera is returning from a torn ACL. First baseman Mark Teixeira has been dealing with consistent calf problems, and Alex Rodriguez’s entire season is up in the air with a hip injury. All of these players help provide the core the squad needs to compete in the always-competitive A.L. East. They are also all some of the oldest in the game.

Are the Yankees being stubborn by not investing as heavily in its farm teams and its search for rising stars? The Yankees current cache of young prospects is, well, meager

The few top pitching prospects have been either inconsistent or hampered by serious injuries. The Yankees need to invest more in pitching as a team, and its current farm system may not provide for that need. The one pitcher that does stand out is Mark Montgomery. Montgomery has been under the radar from the start but has posted strong numbers that could ultimately have him playing in the MLB as early as this season. His 1.88 ERA at AA Trenton Thunder last season cannot

However, the team’s prospective position players are another story. The Yankees possess a wealth of talent and the front office should be reluctant to trade any of these players for short-term production. In a few seasons, these players could mark a transition from the

current aging core to a young core of players and continue the organization’s winning ways.

That being said, many of these prospects are far from ready to play in the big leagues, which means the current aging roster has to remain competitive for a couple

Experience is a key element in competition, especially given the lengthy MLB seasons. That being said, while the Yankees possess a wealth of experience, the players struggle to maintain strength throughout the season. Even with a fantastic regular season like last season, the playoffs are a whole other season. Last year, the Yankees suffered a quick ending to its playoff run  because of injuries.

While some injuries like Derek Jeter’s were freak accidents, others are likely the

result of overuse and strain. Older players are

increasingly vulnerable to these types of injuries.

Since the Yankees possess one of the oldest rosters in recent memory, does this forebode another season where many of the players spend long lengths of time on the

Some may be quick to dismiss such questions and point to the consistently strong numbers the Yankees and its individual players post each season. However, the San Francisco Giants and the St. Louis Cardinals, winners of the past three World Series, were significantly younger than the Yankees.

Of potentially greater importance are the teams the Yankees face in the stacked A.L. East. The Tampa Bay Rays and the Baltimore Orioles are also significantly younger than the Yankees and have proven recently that they have the talent and ability to

compete for the A.L. East crown and a playoff spot. They have done so with a large portion of their players developed in their respective farm systems. The Toronto Blue Jays, which acquired a wealth of talent during the off-season, are another potentially strong competitor in the A.L. East and are younger than the

This upcoming season should provide the insight and the evidence needed to make a conclusion about the strength of an aging, yet talented, roster versus the strength of a young, immature but promising roster. If the Yankees struggle to find a way to win the A.L. East title, the front office should start to seriously invest in its farm teams and prospects. If the Yankees continue to win and make a deep playoff run, the front office will continue to rely on age, and it may prove to be a reliable winning tool. However, teams like the Washington Nationals have painstakingly invested in recruiting and strengthening young prospects grooming them for the big leagues. Doing so also has proven to be a successful formula, considering the Nationals skyrocketed to one of the better teams in the league.

However, the Yankees are known for maintaining an older roster as they embody the belief that experience is key. While many of the current Yankees are no doubt future Hall of Famers and proven winners, is the front office making an unwise gamble in its hesitancy to invest in young prospects? Is experience everything? Will the Yankees struggle to compete against an equally talented, yet younger team down the road?

While there is a bright short term for the Yankees, the long term appears unnecessarily distressing. To alleviate the unpredictability of the long-term success of the team, the front office should believe more in its young prospects and look to invest in younger players in the free agency.