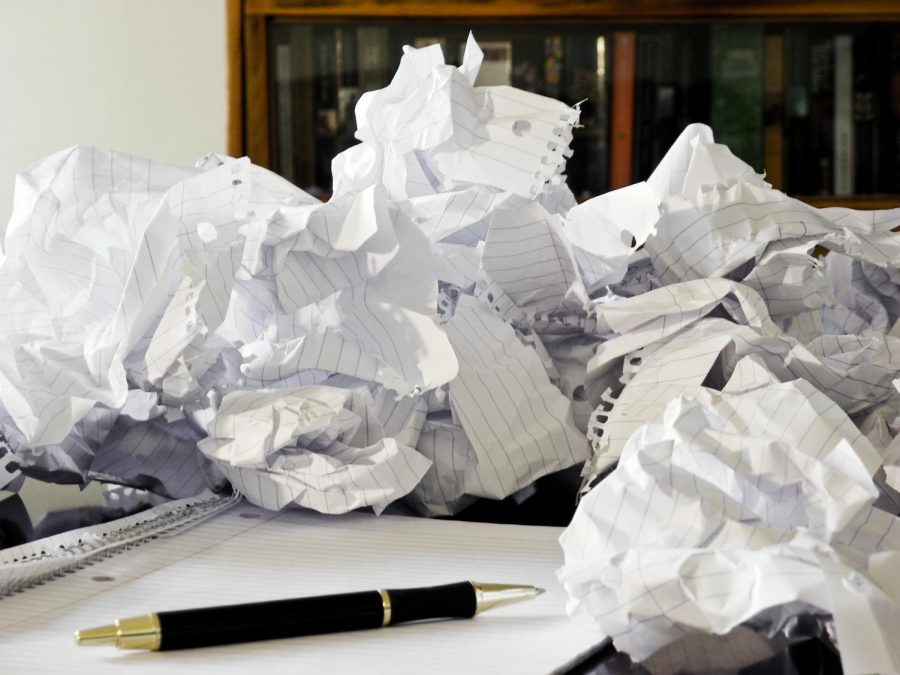 There is nothing more daunting than the vast and limitless possibilities of the blank page. As I sit in paralyzed contemplation, my hands begin to sweat and a thick fog settles over my mind. I watch the seconds crawl away on a nearby clock. Gradually, despair grips me in a cold, asphyxiating embrace, and anxiety begins to set in. As a student and a writer, it is a feeling all too familiar. Contrary to what you may believe, it is not only students or inexperienced writers who suffer from writer’s block. I am not alone. Writer’s block is a universal condition, one that has plagued even the most eminent writers since the first pen met paper. Authors like Tolstoy, Woolf and Faulkner all struggled with the inability to display creative prowess at one point or another during their careers. When asked about the most frightening thing he’d ever encountered, Ernest Hemingway responded, “a blank sheet of paper.” Hemingway’s means of overcoming writer’s block was consuming copious amounts of alcohol. However, my parents frown upon this solution, as do most educators. For many, the single factor most associated with writer’s block is the intrinsic yet futile quest for perfection. Though it is easy to visualize the potential of an idea, the difficulty is finding the path forward. The trouble lies in breaking down complex and overwhelming concepts into smaller, more manageable ones. Part of this dilemma is an omnipresent sense of self-doubt and criticism. For many of us, this doubt manifests itself in the form of a loud and nagging inner voice that we have to battle constantly when writing. John Dos Passos once said, “If there is a special Hell for writers, it would be in the forced contemplation of their own works.” This voice is the critic inside every writer. It is a censor of our own creation that imposes itself for the sole purpose of restricting our creative productivity. Aaron Sorkin, who wrote the screenplay for the movie “The

Social Network,” had such a prevalent selfcensoring voice that it took him six months to write the first scene. The catch-22 of this predicament is that the only way out is to write, but writing itself is the fundamental problem. Back to being stuck. If you are experiencing writer’s block, however, fear not, there is a means of salvation. Next time you’re stuck, do what I do. Panic. After that, it’s important to just get something down. Take 20 minutes and write down whatever comes to mind. Don’t worry if it’s not the next great American novel yet, it will get there. Remember, as the American poet William Stafford said, “There is no such thing as writer’s block for writers whose standards are low enough.” If, after this, the words still aren’t flowing, just get out for a while. Writer’s block often surfaces if the writer lacks inspiration. Do not simply wallow in your own misery, because that usually leads to failure and depression. Look for inspiration actively. If nothing motivates you or kindles the fire that is a writer’s zeal, you are obligated to go find it. Go out with friends. Take a walk. Go to a museum. Getting out into the world helps to escape from the cage that is a blocked mind.

After getting some air, if you’re still blocked, just forget it all – take a two hour nap or go to bed for the night. Research has shown that REM sleep enhances our creative abilities and problem solving. It also provides us with the energy we need to tackle any writing challenge. So sleeping away your misery is a perfectly acceptable option. Of course, a nap may leave you groggy. Next, get some exercise. Drop to the ground and do 200 push-ups or go out for a run. This will get the blood going and the creative juices flowing. In “Julius Caesar,” Shakespeare wrote, “Bid me run, and I will strive with things impossible.” Endorphins foster a state of mind conducive to creativity. Finally, daydreaming is an integral part of the writing process and a vital step in curing writer’s block. While it may happen at inopportune times, such as during a statistics test or a history lecture, allow your mind to wander. Feel free to daydream. When I am stuck, I travel through my mind, delving into fantastical and elaborate dreamlands in search of inspiration. Being able to write and overcome writer’s block is about having a vision and the faith to stay true to that vision despite any challenges that may confront you on the way. It’s about trusting yourself and having the discipline to not listen to your own doubt or negativity. According to experts, overcoming writer’s block is really about getting out into the world, sleeping, exercising and daydreaming. If you think about it, curing writer’s block is more of a vacation than a battle.