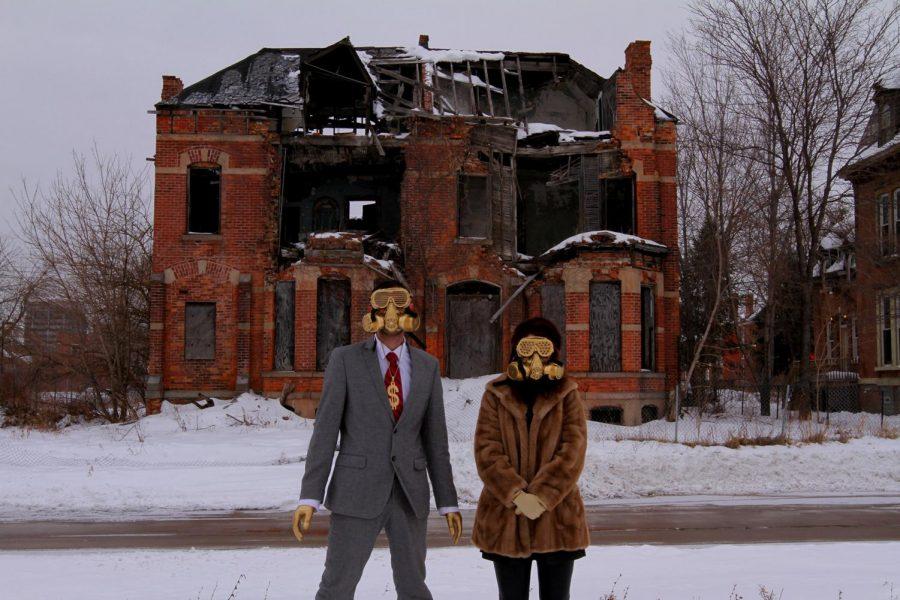 The 2012 documentary, “Detropia,” was shown on Feb. 21 as part of the Friday Night Film Series. Directed by Heidi Ewing and Rachel Grady, the film’s name is a combination of the words “Detroit” and “Utopia,” meant to evoke irony. Ewing’s own experience growing up in Detroit suburbs inspired her to make the film.

Filmed in 2010, it follows three different individuals who go about their lives in Detroit. The first person followed is video blogger Crystal Starr. She documents her explorations of the abandoned, decaying parts of Detroit. She comments on how strange it is to imagine the hundreds of people once living in the same dilapidated apartments through which she wanders. The second is nightclub owner Tommy Stephens, who is forced to do the cooking himself to cut down on costs. He also visits a car show and is shocked to find out how much the Chinese competition beats out the offering from General Motors. This is especially relevant considering it was the decline of the auto industry that led to Detroit’s downfall. The third is the president of an auto worker’s union, George McGregor, who is able to discuss the depreciation of Detroit’s industry from personal experience. Scenes of him discussing the newest negotiations with the auto companies with his union members send a message of hopelessness regarding the economy. Not only has the company cut their wages, the documentary reveals that their last manufacturing plant in Detroit was closed not long after.

Interspersed throughout the film are scenes of Mayor Dave Bling’s meetings with the people of the city about his plan to revitalize the city. He plans to move residents still living in the outskirts of the city into the inner city, which would hopefully save money and bring life back to the city. His uselessness speaks both to the mismanagement of the city and the rough hand it has been dealt. When asked if he will be offering some kind of financial incentive for people to move, he gives no exact answer. He goes on to exclaim that the city’s administration is completely broke, and that the thought that they are keeping money away from the people is completely wrong. The way the mayor, who you might expect to be a corrupt politician, is in the same position as his citizens drives home the point about how poor Detroit is.

However, the documentary is not entirely negative. It showcases a performance artist couple, The Coys, who voluntarily moved to Detroit. The city’s low cost housing allows them to live nicely on their modest salary and they find the abandoned landscape of much of Detroit ideal for their art. Their art, which includes them dressing up in golden gas masks on the street, contrasts against the rest of the city, and shows that there is some vibrance left.

There are two Swiss tourists who are visiting Detroit. The first question Ewing asks is: “why would anyone want to visit Detroit of all places?” However, the tourists reveal that they were drawn and intrigued by the decay, although they were hesitant to admit that to a Detroit native. Although Detroit is a city that has been through economic turmoil and is often not pretty to look at, it still has a unique character and culture to offer.

The cinematography places the viewer right on the street-level of Detroit. Conversations are filmed from the perspective of another participant. The camera has enough shake to make it more personal but it is not overdone. There is no spoken narration at all, which places the emphasis on the real lives of people in Detroit and not what the makers of the film think.

As a documentary, the film does a great job at showing the reality for many in Detroit and how far it has fallen from its glory days. But more importantly, it shows how the citizens of Detroit think about its past and future.