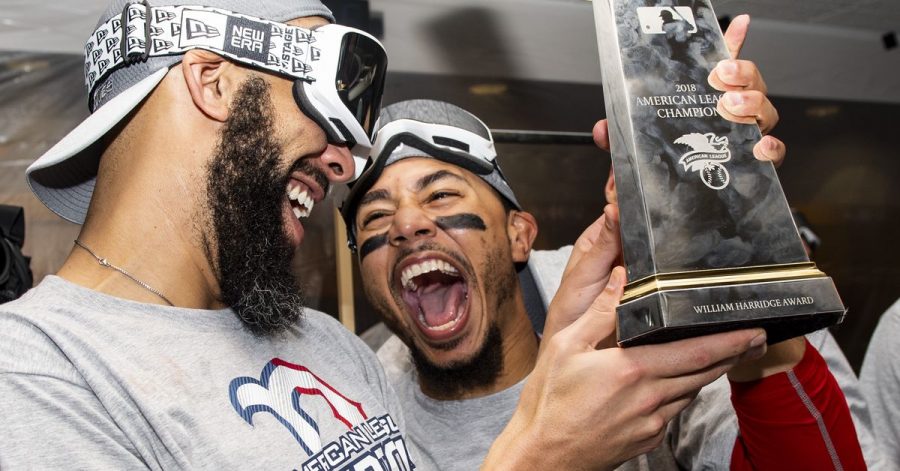 The Boston Red Sox are in a state of uncertainty, to say the least.

What started as a quiet offseason, and was expected to stay that way until Spring Training, has devolved into one of the most eventful, high-stressed and weird offseasons in franchise history.

We’ll start all the way back in October: the Red Sox, coming off an underwhelming 84-78 campaign and missing the playoffs, hired Chaim Bloom of the Tampa Bay Rays to be their Chief Baseball Officer. Earlier in September, the team fired general manager Dave Dombrowski, less than a year after he won a World Series title. Boston’s a tough place to work.

Up until a few weeks ago, however, it had been relatively quiet in the Red Sox front office. A few signings and trades had been made, but no major transactions.

Then, on Jan. 13, news broke that Astros GM Jeff Luhnow and manager AJ Hinch were being suspended one year each for their roles in the Astros cheating scandal.

I was shocked by the massive penalty dished out by MLB Commissioner Rob Manfred. He put his foot down on the sign-stealing scandal with heavy suspensions and fines.

But, of course, the Red Sox were somehow involved. Sox manager Alex Cora was with the Astros in 2017 when the scandal occurred. He was allegedly one of the masterminds in developing the cheating schemes, and a lenthy suspension was looming in his future.

The Red Sox decided to fire Cora a few days later in a stunning turn of events, and they named Ron Roenicke as the interim boss on Tuesday, Feb. 11.

Cora was a great manager, but unfortunately put himself in a tough position with his history in Houston.

I agree that the Sox were right to fire him, as it was the correct PR move to make, but it’s sad to see such a good guy and a young manager that really connected with his players get fired.

A few weeks later, rumors were swirling that the Sox were going to trade one of the best players in the MLB, superstar outfielder Mookie Betts. And they did just that.

On Feb. 3, it was reported that Mookie Betts and David Price were being traded to the Los Angeles Dodgers, for very little in return.

The Sox dealt Betts because they had made no forward progress with him on a long-term deal.

They had been negotiating with him for over a year, and he never budged. Earlier this offseason, they offered him a 10 year, 300 million dollar contract.

He countered with a 12 year, 420 million dollar contract. There was clearly a rift between player and management, and Mookie wasn’t going to sign for anything less than he valued himself at.

The Red Sox really had no choice: they either had to pay him, or trade him to create some return before he left in free agency. So they decided to trade him, get some value out of the whole situation, and move on.

The media and fans are greatly upset about this deal. Mookie is such a charismatic personality that fans loved, and one of the best players in baseball, a genuine five-tool player.

I personally think that he wasn’t going to come back in free agency, so trading him and getting some value out of him is a plus, as well as dumping half of David Price’s contract, who was never going to exceed the expectations of his expensive, long-term contract.

So the Red Sox stand on Feb. 9, 2020 having just hired an interim manager, and they are without a generational talent that could have been a cornerstone for them for the next ten years.

It’s not looking good for the 2018 World Champions, who will look to salvage a 2020 season, but more importantly build the future of the organization.