Passing the Torch to the Next Wave of NBA Stars: The International Shift 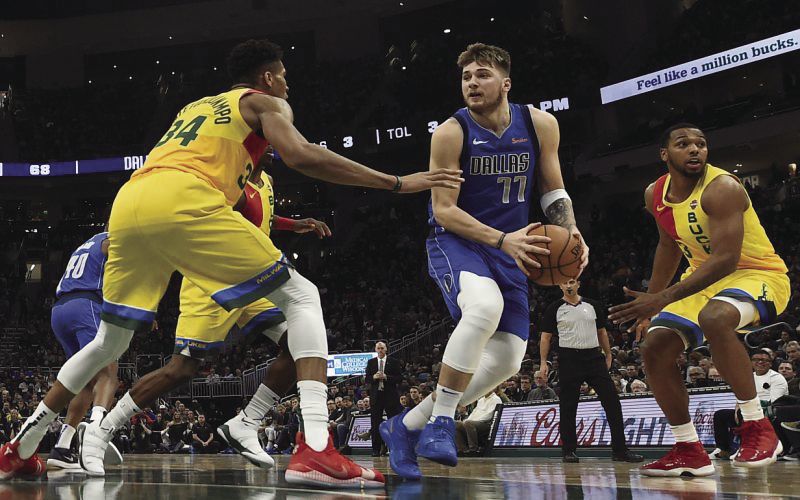 The NBA has been built on its American stars since the league was founded in 1946. From Bill Russell to Kareem Abdul-Jabbar, from Michael Jordan to LeBron James, the faces of the NBA have been predominantly from the United States of America and have played college basketball. But now, we are starting to see a change.

James is nearing the end of his career, and he is going to have to pass his torch on to the next big star, just as Kobe Bryant gave it to him, and Michael Jordan to Bryant. Two of the strongest candidates for this torch are not American, but rather International stars.

First is Giannis Antetokounmpo. The 6’11” forward hails from Greece and is just 25 years old. Antetokounmpo was selected 15th overall, a steal considering how he has panned out, in the 2013 NBA Draft to the Milwaukee Bucks.

He started to get calls from NBA teams and was hesitant because he didn’t want to leave his family. But, Antetokounmpo made the leap, and has improved tremendously in each of his first seven seasons, working hard at developing his natural abilities. He won an MVP trophy along the way in 2019 as well.

Next candidate is future NBA MVP Luka Doncic. Doncic is just in his second year in the NBA, a ripe 20 year old from Slovenia. Doncic was selected third overall in the 2018 NBA Draft to the Dallas Mavericks, another steal that teams who passed him up will regret. This kid is a generational talent. He is going to be one of the best basketball players of all time, in my opinion. Like Giannis, he has raw talent; he is an amazing passer, shot creator and he has the size to do just about anything on the court. Doncic started playing professionally at 16 years old for Real Madrid. In 2018, he won the league MVP and was ready to move on to the NBA.

Mark Cuban, Dallas Mavericks owner, commented on the benefit of young players to play overseas. “It is important because you’re used to people being older than you. If we sent our best kids over to Slovenia to get an education, the league would be a thousand times better. They just learn how to play basketball while our guys learn how to dunk and put together mixtapes.”

Cuban’s criticism of how the U.S is fostering talent is ringing true with some of the future talent of the NBA. Players who are projected in the top ten of next year’s NBA draft have foregone college and played overseas.

Both Lamelo Ball and RJ Hampton went to play in Australia and New Zealand, respectively, passing up offers from some of the top colleges.

This could be where the league is going. More international-born players, and more players forgoing college to gain experience internationally at a professional level. Luka and Giannis may be the new faces of the NBA and will influence how the next generation prepares for the Association.