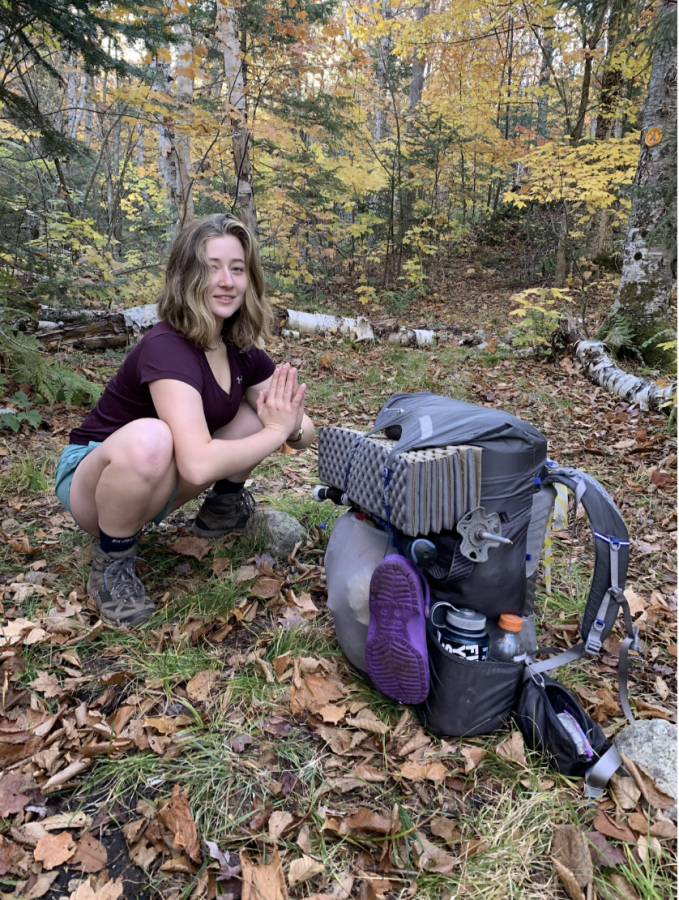 Sophomore Ellie Miller, who hails from outside of Philadelphia, is involved on campus in a variety of ways. As an intended Art History concentration and Philosophy and Education double minor who is also an Outdoor Education (OE) leader and works at Flour and Salt, Miller doesn’t shy away from campus and community involvement.

Miller’s role in OE can be attributed to her passion for hiking. This passion, which stemmed from taking yearly family trips to Mount Pisgah in Vermont, motivated her to do a Wilderness Adventure (WA) pre-orientation program prior to her first semester at Colgate. Miller loved her five-day trip to the West Canada Lakes Wilderness in the Adirondacks because of the beauty, challenge and close knit nature of her group.

“Doing a WA program was one of the best decisions I have made regarding my Colgate experience because it got me really hyped for the year,” Miller said.

Miller’s experience on her WA program sparked an interest in becoming an OE leader at Colgate, and after talking to the leaders from her orientation trip, Miller was sure she had to apply. Once Miller received her position, she began rigorous training that lasted the duration of her first year. OE leader training is a series of monthly overnight trips, each with a different focus to gain the necessary knowledge to lead WA trips and PE classes for the rest of their time at Colgate. Trips that Miller highlights from last semester are a day trip to Toggenburg Mountain and an overnight peak hike. Miller loves being an OE leader largely because of the people she has met.

“The community of OE is special because everyone is fully themselves. It’s nice to have a pocket of people you can just be super weird and fun with,” Miller said.

Miller cherishes how everyone on the trips brings their differences to the table yet also have commonalities. Students leading and participating in OE are in club groups, on sports teams, in the arts, involved in Greek organizations or even have their own radio shows, but all share the desire to simply be outside.

Miller described being fond of how Colgate students stand up for one another, such as after the racist message was written on a dorm whiteboard and how this is visible in the trips she leads. In OE, people are constantly hyping up and supporting one another no matter how big or small the task at hand may be. The ability of the Colgate community to rally behind one another in the face of adversity is magnified on OE trips. Thus, the OE program is a cherished aspect of Miller’s experience here at Colgate and the program sure is lucky to have her as a leader.