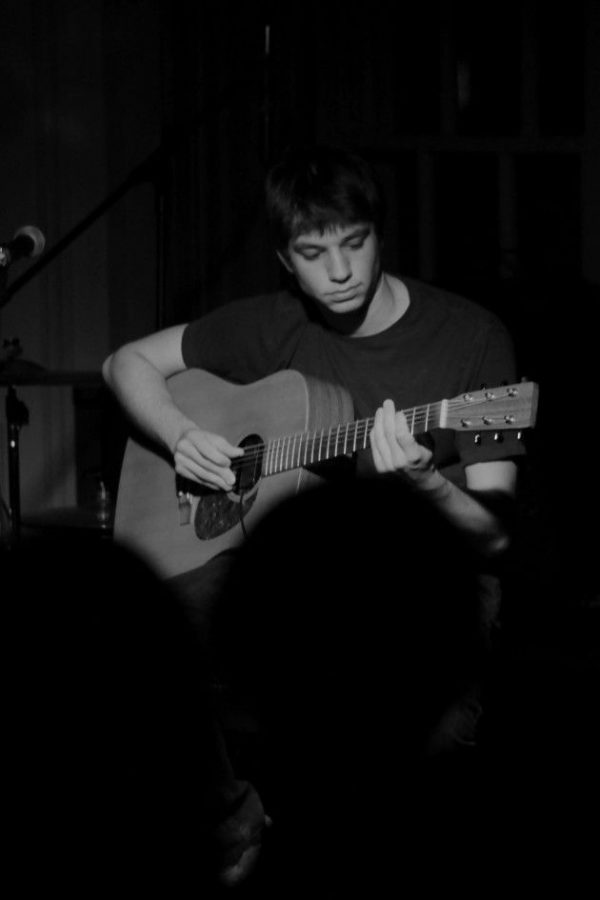 On Friday, dozens of students crowded into Donovan’s Pub to watch nine bands – eight comprised of Colgate students and one local high school group – perform for the chance to open for Avicii at Spring Party Weekend. The music played for two hours and ranged from rock to blues to reggae; more importantly, many of the acts had attendees up out of their seats and dancing in front of the stage.

The winning band, I Forget, was the fifth to play, and impressed at-tendees and the judges with a set that included a Black Sabbath cover. Three of the four bandmates echoed each other’s sentiments:

“Once we heard the crowd’s response, it didn’t matter wheth-er we won or lost. But it does feel great to win!” said first-year drummer Joe Porco.

Sophomore vocalist Shane Wil-son contended that “it was a great venue and crowd that seemed to en-joy the music as much as we do. You make good music for the sake of itself and not to win anything, but recognition is a welcome surprise.”

While Porco, Sage and Wil-son were grateful simply for the experience, the fourth bandmate, junior guitarist Andy Kavanagh, took a more sarcastic view.

“I didn’t actually practice for the show,” he joked. “The only preparation I felt was necessary was the sacrifice of several small animals and an infant demon prince. The blood of the innocent must be spilled in order to summon the powers of rock. That’s why Ozzy bit off a bat’s head.”

Members of other bands also hoped they achieved something more than a few fleeting moments of performance.

“I was really impressed with all the bands. Each band had its own style, and it really brought out a lot of great musicians and music that I feel like many people at the school did not know about. Hopefully, it will garner interest in Colgate’s music community,” said sophomore Aaron Tobert, electric guitarist for the Protagonists.

Some attendees arrived hoping to support their perform-ing friends. Sophomore Ian Dwyer, whose roommate Sebastian Sangervasi played in the night’s first act, the Unhinged Gates, said of the band, “I’ve watched them progress from never having played together to performance-level quality in a matter of only a few months. Their original song was quite good also.”

The event was a huge success, and one that resulted in a wide breadth of musical talent reaching the ears of a large, diverse and – perhaps best of all – unsuspecting audience, the members of which were pleasantly surprised by the mass outpouring of musical talent.

“I walked in to the Battle of the Bands expecting to hear maybe a few good bands and a couple good songs while I cheered on some friends, but as the event unfold-ed, I was amazed at the sheer tal-ent emanating from the competi-tion,” said sophomore Jason Kraus. “From cover songs to originals, all of the bands did an amazing job and left the audience cheering after every song. It was truly an event to be remembered.”