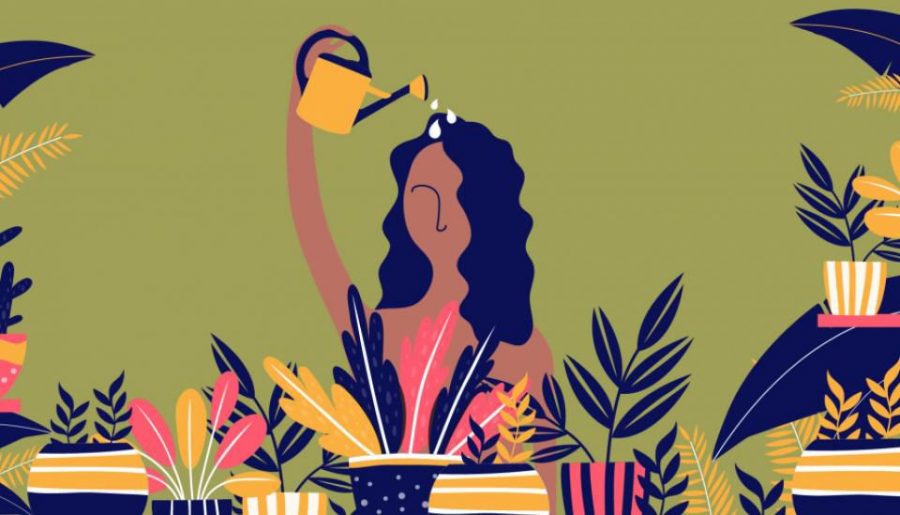 As the interactive event began, Nevils, Nunez and Taylor explained self-care as a long-term practice of stress-relieving coping mechanisms. For some, self-care may be as simple as focusing on breathing patterns, and for others it may mean going to the gym or writing in a journal. The peer educators discussed how self-care is a privilege that is more readily practicable to some than to others, since time and—in some cases—money is needed for the proper practice of self-care.

To touch on the complexities of self-care, the peer educators introduced two quotes: one by Dr. Martin Luther King Jr. about the role of the self within the community. The other quote, by Audre Lorde, described the act of self-care as one of “self-preservation” and “political warfare” for those who have been told that their bodies or minds are not valuable enough to practice self-care. Through these quotes, the perception of self-care as an act of egotism was challenged and self-care was explained as a practice whose impact expands beyond the individual.

Following their thought-provoking introduction, the peer educators encouraged attendees to participate in a “continuum” game. In this interactive activity, attendees were asked to move to one side of the room if they agreed with a statement read by the peer educators, and to walk to the opposite wall if they disagreed. While participants drifted to different sides of the room after hearing statements such as: “I feel able to participate in self-care practices around campus,” and,“everybody has the ability to engage in self-care,” the peer educators urged attendees to explain the reasoning behind their positions on the continuum. As participants explored the personal and political reasonings behind their opinions on the statements about self-care, those who participated recognized what King’s quote suggested: the ability to practice self-care and one’s own method of doing so has implications that go far beyond the individual. One of those implications, as the title of the event suggests, is that self-care is a privilege that is practiced differently among people, cultures and spaces.

As the event continued, attendees broke off into three groups and discussed questions that prompted each participant to consider the topic of self-care in relation to life at Colgate. With questions such as, “what makes self-care difficult on Colgate’s campus?” and “how do we see people’s identities conflicting with ideas of self-care?” attendees of various ages, genders and ethnic and racial backgrounds explored these topics by sharing their own observations as part of Colgate’s community.

“Sometimes we forget about the basics of self-care such as eating and drinking water. I wish we had a better commitment in our culture to taking care of our basic needs,” Jones said.

In a different vein, senior Nadia Houervi noted that some Colgate students’ efforts at practicing self-care become antithetical to the self-supporting aspect of the practice.

“When is self-care indulgence? Sometimes self-care becomes an avoidance of the problem,” Houervi said.

As attendees discussed their opinions on the questions asked, it became clear that the topic of self-care is more multi-dimensional than many thought it was before attending the event.

After each of the three groups shared highlights from their conversations, the peer educators presented the audience with one last question to reflect on while leaving the ALANA multipurpose room: “what do you need from Colgate in order to take care of yourself?” With this parting question, those in attendance were reminded that self-care is a process that looks and feels different for everyone. Therefore, access to resources that make different modes of self-care possible are needed in order to help transform the practice of self-care from a privilege to a reality for all.