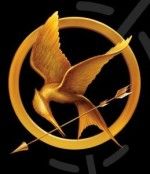 I’m not sure when exactly movie soundtracks began to frequently be music that was “inspired by” the movie rather than music from the mov-ie, and I’m not entirely sure whether that’s a positive or negative trend in general. I do know that about half the songs on the now-classic Garden State soundtrack weren’t in the movie itself, and nobody complains about that. I have a feeling the same will prove true of the T-Bone Burnett-produced soundtrack to the popular first installment of The Hunger Games trilogy.

The only song actually featured in the film is Arcade Fire’s “Abraham’s Daughter,” and that was in the credits. However, the artists who con-tributed to the soundtrack did a remarkable job of contributing music thematically related to, but musically independent of, the movie itself. While the album does list slightly in favor of modern indie-folk and bluegrass (because Dis-trict 12 is meant to be located in Appalachia), there is still a solid diversity of artists, both in terms of musical style and popularity. There are songs from prominent chart-toppers such as Taylor Swift and Maroon 5, indie legends Ar-cade Fire and The Decemberists and brand new up-and-comers Birdy and Jayme Dee.

Perhaps most surprising about the album is how uniformly strong it is for a compilation album, with only a few duds out of the sixteen tracks. As one would expect, the contributions by The Decemberists and Neko Case are very strong, and would fit comfortably anywhere in their discography. Where the album offers some of its most pleasant surprises is on the songs that see artists taking a different approach to their music. I have personally never been fond of any Maroon 5 music (to put it lightly), but their song “Come Away to the Water” is one of the two or three best tracks on the soundtrack and sounds nothing like the rest of their music. It’s subdued and driven by vocal harmonies, with an eerie mood enhanced by its lyrics (“Come away little lamb come away to the slaughter/To the ones appointed to see this through”).

Some of the songs are even more themati-cally related to the film, possibly none more than “Daughter’s Lament” by the Carolina Chocolate Drops, which describes a “mock-ingjay” breaking the news to the protagonist of her father’s death. Similarly, the Civil Wars de-liver a haunting number in “Kingdom Come,” with clear allusion to the games themselves: “Run, run, run and hide/Somewhere no one else can find/…/Don’t you fret, my dear/It’ll all be over soon.” Even songs with less direct reference to the action in the film capture its spirit, as in Glen Hansard’s rebellious “Take the Heartland” and The Secret Sister’s “Tomorrow Will Be Kinder.” The latter possesses an almost lullabye-like quality, a reassurance from an older to a younger character that could apply to one of several moments in the film.

Perhaps the biggest surprises of the album are two revelations near the end. The early part of the album draws listeners in with rec-ognizable names, all of whom deliver big, but the album concludes with two of the final four tracks featuring artists gaining their first significant exposure on this soundtrack. The first, Jayme Dee, has yet to even release her debut album and is a mere 19 years old. Yet her track “Rules” is one of the standout songs on the soundtrack, blending elements from Feist and A Fine Frenzy, with none of the presumption of the former or the wavering insecurity of the latter. The closing track, by 15 year-old artist Birdy is perhaps even more astonishing. Birdy has a voice and talent that isn’t just impressive for her age, it’s impres-sive for any age. It appears to be no accident either, as her album of cover songs from late 2011 is equally impressive.

The Hunger Games soundtrack might not be full of the kind of music that would thrill the teenage element of its audience that bought it for Taylor Swift’s tracks, but for a “music in-spired by the film” album, it achieves the dual goals of being an excellent compilation of music in its own right that requires no familiarity with the books or the movie, and of pairing nicely with the themes and storylines from the film. As any good compilation should, it features sol-id contributions from a variety of well-known artists and introduces talented new ones. It should be on the music lover’s radar whether or not they have seen or intend to see the film.