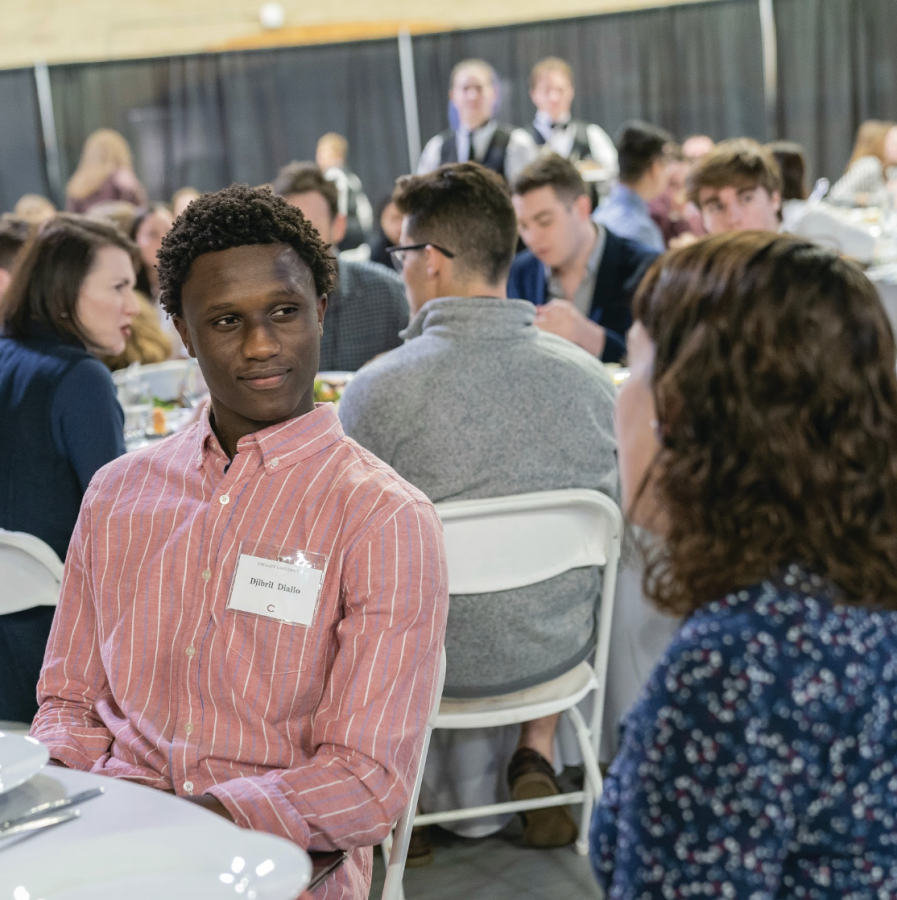 Career Services hosted the eighth annual SophoMORE Connections networking event, which brought 90 Colgate alumni to campus to engage with current sophomores on January 17 and 18. The event included skill-building workshops, such as “Networking 101,” in addition to industry-specific panels and several opportunities to connect one-on-one with alumni. The two-day event featured a keynote dinner and a welcoming address by Jon Lopez ’06, a freelance sports photographer and cinematographer.

Lopez discussed his personal Colgate experience as a first generation high school graduate, as well as his involvement in several clubs and organizations. He also discussed how Colgate bred his interest in photography. He started out taking images of local pick-up basketball within his community; later, he became a freelance photographer and cinematographer for the NBA, Olympics and other famous sports events and athletes.

“The motivator for it is to allow students to see themselves in post-Colgate life, so the biggest goal for me in inviting alumni is to get as many roles, majors, class years and identities that I can to represent as much of the student body as we can,” Lehmann said.

On January 18, students had the opportunity to attend three out of the 16 specific industry panels. The panels each had a selected alumnus as the moderator who guided students through industry background and allowed students to ask questions. Panels featured alumni from all different ages and class years, the most recent graduate being Nick Schlein ’19 who spoke on the real estate panel.

Kenneth Silverman ’90, a current partner at the law firm Olshan Frome Wolosky LLP, participated in the law-focused panel. Silverman expressed his satisfaction with the event.

“I was impressed by the maturity and confidence of the students I met on campus…the enthusiasm and love for Colgate that was displayed by the alumni volunteers over the weekend was matched by the interest and curiosity of the sophomores who participated in the event,” Silverman said.

Lehmann said that although SophoMORE Connections is primarily to serve students, alumni also gain benefit from attending the event. About half of the alumni are returning panelists, while the other half attended the event this year for the first time as panelists.

“For a lot of our alumni this is their connection back to campus, to the place that they loved so much as a student so for a lot of them its like their annual trip back to campus they look forward to,” Lehmann said.

Silverman expressed a similar sentiment regarding the significance of alumni on campus.

“The alumni-to-alumni connections were significant. Speaking with other alums and learning about their careers and interests was fascinating, which sparked further connections to other alumni,” Silverman said.

Sophomore Clare McCormack said she found her experience at SophoMORE Connections to be rewarding.

“As someone hoping to go into law, the panels helped connect me with legal experts of many diverse practices which allows me to weigh my options before making the commitment to go to law school,” McCormack said.

According to Lehmann, the event was the largest SophoMORE Connections to date; enrollment increased by 20 student participants from last year. Lehmann also said alumni had very positive feedback surrounding this year’s event.

“I heard from so many alumni that this year’s program, students came with awesome questions and seemed much more prepared than in previous years, which is awesome… and really a testament to [the] class,” Lehmann said.

Sophomore Will Sidari said he feels the success of the event in large part reflects the dedication of Colgate alumni.

“SophoMORE connections was an event that put on display the strong love for Colgate that transcends age and is just as present in the esteemed alumni as it is in the students,” Sidari said.

Following the event, Lehmann said Career Services strongly recommends following up with panelists and reemphasized Lopez’s keynote address message to ‘do everything one does with pride’. Career Services, located in Benton Hall, also hosted Q&A sessions on January 27 and 28, specifically geared toward students who missed SophoMORE Connections.