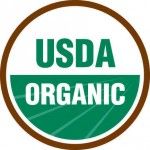 Walk into any grocery store and they are everywhere: little green stickers announcing that a certain apple or lettuce is “USDA certified organic.”

As of 2009, organic food represented 3.7 percent of all food and beverage sales with $24.8 billion in domestic sales according to the Organic Trade Association. This means that every year, farmers dedicate about 4.8 million acres in the United States alone to growing organic food.

Officially, organic food is produce farmed without any an­tibiotics, hormones, genetic en­gineering and most importantly, without chemical pesticides or fertilizers. Organic food has long been supported by the majority of the environmental commu­nity for reducing toxic chemicals in the surrounding environment, especially the water.

But is moving the food indus­try’s focus towards organic food production really the best choice for the environment? In recent years, much controversy has arisen over the social and environmental benefits of organic production.

According to Associate Profes­sor of Sociology Professor Chris Henke, who studies agricultural production, organic food has drifted from its original goal of being foremost sustainable and environmentally friendly.

“Organic produce is now grown by large producers on a large scale, and though it might be technically organic, it’s not necessarily taking a holistic view,” Henke said. According to Henke, many organic producers are less con­cerned with helping the envi­ronment and more focused on the high prices they can charge for a certified organic product.

Another issue that has aris­en from in this market is that many small, local farmers can­not afford the extensive paper­work and formalities necessary to become USDA certified. This is often despite their produce being grown organically as well as locally, which has enormous environmental benefits.

One of the major problems with organic food is that it can be grown anywhere around the world, and is often shipped long distances, creating enormous environmen­tal damage from the energy used and greenhouse gases produced in transportation. This focus on “green miles” has led many people to support the establishment of small sustainable farms that sell locally. As early as 2009, The New York Times published an article sug­gesting that instead of focusing on organic, the U.S. should focus on promoting smaller agricultural pro­duction within communities.

However, smaller sustain­able production has its draw­back as well, as the large-scale organic farms are able to sup­ply a greater population with organic food.

“This is the main controversy of organic methods – if agricul­tural production should be as holistic as possible and stay on a small scale, or if organic farming should be on a larger scale, where it effects more people but loses some of its holistic qualities,” Henke said.

Tension has also arisen from the high prices of organic food, which causes it to be associated primarily with those of a higher socio-economic class.

Assistant Professor of Envi­ronmental Studies April Bap­tiste is optimistic about the environmental benefits of or­ganic food but worries about the social implications.

The widespread adaptation of organic food means that less food is produced per acreage, and therefore food is more ex­pensive and less affordable for low-income individuals.

“The most important thing is for all communities to have access to healthy food, even if that might involve some industrial produc­tion that doesn’t perpetuate social injustices,” Baptiste said.

Baptiste encourages a “combi­nation of organic, locally grown, and to some extent, industrial pro­duction” in the future. While or­ganic food should definitely be an important part of the future, Hen­ke said it needs to be combined with a variety of other methods.

“We’re never going to get fully away from industrial pro­duction, nor should we,” said Henke. “Certain crops are ap­propriate to grow on a large scale with pesticides.”

A good example of this, Henke said, is cotton, which has numerous pests and is more ecologically sound to grow on a large scale. Fruits and vegetables, however, are healthier and have greater environmental benefits from organic production.

So is organic food a good future solution? Yes, but it is not the only solution – more locally grown food is of equal importance. Checking where something is grown should become just as much as a pri­ority as whether it was grown organically.