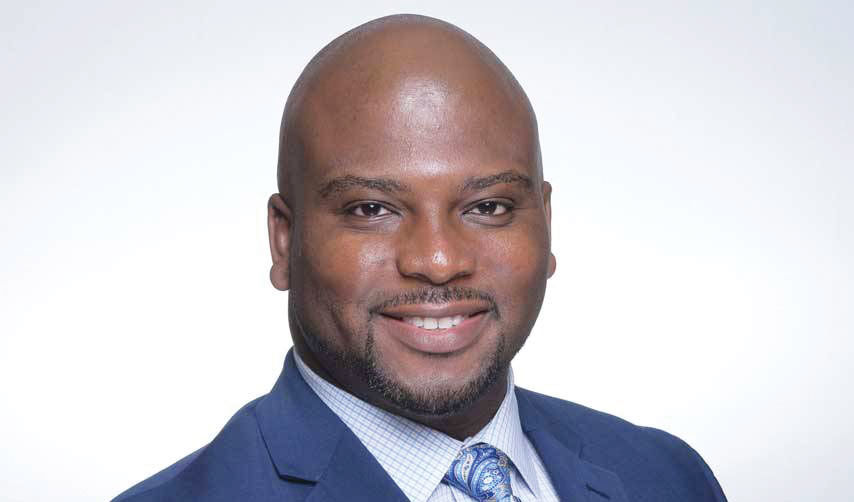 Following an exhaustive search for a new Dean of Students headed by students, professors and administrators, Dorsey Spencer Jr. will take on the role beginning Monday, June 1.

A search team comprised of three students and four administrators and professors selected Spencer in a multi-step process. First, a third-party firm called Isaacson, Miller compiled files on the top candidates based on recommendations and searches within the world of higher-education. Assistant Vice President/Director of Career Services Teresa Olsen, who sat on the search committee, said the firm was helpful in diversifying the candidate pool. The firm also helped front-load the vetting process so that candidates who moved forward in the selection process could be judged solely on fit and skills.

According to Student Government Association (SGA) co-President Kate Bundy, candidate profiles collected by the firm were then given to the search committee that was created by Vice President and Dean of the College Paul J. McLoughlin to represent the many aspects of campus life by including Student Government Association representatives with diverse campus involvement. After deliberation, the search committee decided on three candidates who would move forward to video interviews. Those remaining candidates then visited campus for an “intensive” day-long campus interview during which they met students for dinner at the Colgate Inn, a group of students that Bundy said were similarly chosen for their diverse campus involvements. The search teams’ top two recommendations were then sent forward to McLoughlin for the final decision.

“I feel really good about the whole process. In general, it was an extraordinarily strong candidate pool, I think Dr. Spencer was someone who stood out from the very beginning,” Olsen said. “His background is such that he has touched all of the aspects that he will be overseeing in some way, shape or form. I think he does so with a real interest in connecting genuinely and deeply with students.”

The Dean of Students post has been vacant for nearly a calendar year since former Dean of Students Maria del Carmen Flores-Mills left last spring after just one year. The sudden resignation of Assistant Dean of Students and Director of Fraternity and Sorority Advising Tristan Hilpert also put pressure on the search committee to find a replacement.

Bundy said that Hilpert’s resignation made the search process feel rushed; however, she recognized the importance of the position.

In the absence of a single Dean of Students, other administrators have taken on the various duties that Spencer will assume once on campus.

“We needed to ask staff within the dean of the college division to take on additional responsibilities this fall semester…Thankfully, we have an extraordinary team who has taken up the responsibilities with great success and we have just needed to move a little more slowly on some of the initiatives that we were planning for the year,” McLoughlin said. “We haven’t changed the level of service we provide to students and have worked really hard to ensure that students were well served during this interim period.”

Bundy said she was primarily focused on finding a “jack-of-all-trades,” a candidate who would make an active effort to fit into all the diverse pockets of student life on campus. The Dean of Students position has seven direct reports, Shaw Wellness Institute, the Office of the Chaplains, the Africana, Latin, Asian and Native American (ALANA) Cultural Center, LGBTQ+ Initiatives, Center for Leadership and Student Involvement and Fraternity and Sorority Advising. Both Bundy and Olsen agreed Spencer’s willingness to actively engage on campus and his warmth will allow for his smooth transition.

“Colgate’s really multifaceted and also very different from other institutions…Colgate has [a lot of] different elements combined into one, so the person who takes the position of Dean of Students has to be someone who can be versatile enough to fit in all these different realms,” Bundy said.

With the release of the Third Century and Diversity, Equity and Inclusion (DEI) Plans, the Job Spencer is currently the Director of Administration in the Office of the Vice President for Student Affairs at Florida State University (FSU). Olsen said his professional and academic experience was attractive in the search process and really promising for his future on campus, specifically referencing Dorsey’s recent experience at a big school, Ph.D. work, work in black male student development and leadership and work at the University of Nigeria.

“He just can handle a huge amount, and does it with a smile and leans right into it. This dean of students position is not an easy role,” Olsen said.