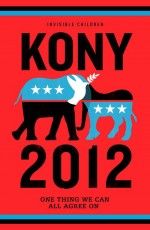 In 1985, cultural critic Neil Postman said that modern humans were “amusing ourselves to death.” His warning came along at exactly the right moment: the peak of the Age of Television. He didn’t know that the internet was yet to come.

Over the past few weeks, you have probably heard of the internet sensation entitled Kony 2012, a viral YouTube video produced by the Invisible Children Inc. to raise aware-ness about youth military service practiced by the Lord’s Re-sistance Army (LRA). The LRA is in East Africa and headed by Joseph Kony. The Invisible Children Inc. and its founder, Jason Russell, aim to the eventual arrest of Joseph Kony, who is currently number one on the International Criminal Court most wanted list. Kony 2012 quickly captured the attention of the online community, reaching more than over 83 million views in just a few days.

As the producers of this film intended, Kony 2012 has brought the attention of the public to the issues in East Africa. However, at the same time, this explosion of atten-tion has put Jason Russell and the Invisible Children Inc. under close scrutiny, both online and in the news media. Criticisms about the content and intentions of Kony 2012 quickly overwhelmed the organization and its leaders. Just a few days ago, Jason Russell was hospitalized for an appar-ent mental breakdown, which, according to people close to him, was due to stress created by the immense criticism of Kony 2012.

I went to YouTube and watched the video when I heard the news of Russell’s breakdown. Immediately after finishing the video, I, like many other viewers, was shocked by what was presented in the film. I was ready to take action, even if just to share it with all my friends (only to realize that they probably had already watched it). Yet, as I spent the rest of my day thinking about what I saw, I came to question much of the content and the many calls to action in the film. Be-sides the uncomfortable conversation between Russell and his son about Joseph Kony, some of the information pre-sented in the film appears to be exaggerated. Furthermore, reports of people in East Africa criticizing the film make me question my initial response to the video.

However, I wouldn’t have written this article if I had de-cided that Kony 2012 was just another YouTube sensation with an honorable cause attached. It would have been left alone in my mind as another example of impulsive reac-tion to attractive eye-candy on the internet. Like the rest of those funny, emotional or pretty videos and pictures I have seen, it would eventually fade into the background of my mind and I would have done nothing meaningful because of watching it.

Yet here I am, presenting to you what I have since real-ized. Before I proceed, I need to point out that I do think the ideas and motivations behind Kony 2012 are mostly virtuous. The rest of this article is not a judgment on Kony 2012 or Jason Russell. Rather, it is a reflection on us.

Like most people living in a modern society, I take pride in keeping myself informed of the daily important news. There are, in this age of multimedia, many ways for us to receive the influx of information about every possible thing around the globe: TV news media (including the Daily Show and the Colbert Report), newspapers, Twitter, Facebook, YouTube and the list goes on. Yet, how many of us are moti-vated to do something, or maybe even just moved, touched and shocked after reading the “news of the day?”

On February 26, 2012, two journalists were reported dead after another round of shelling in Homs, Syria, togeth-er with more than 60 Syrians. Since the uprising in Syria, more than 6,000 citizens have reportedly been killed, yet not much is heard around the online community about Syr-ia, certainly nowhere close to the zeal of Kony 2012. Then, what does it take to put a pressing issue of our time into the conversation between you and me? With news media con-stantly feeding us headlines, numbers, stories and images, we are numb to even the most sensational and provocative news. Child soldiers, sex slaves and mass murders in Africa have appeared on our “news of the day” long time before Kony 2012. Yet it would take a viral YouTube video with an attractive dad, his cute son and pumping music in the back-ground to catch our attention, perhaps for just a day or two.

You might think that this is merely a random vent of an overly-worried mind. If you could, however, take a moment and reflect on the immense amount of information you re-ceive daily, you will begin to realize that this information does more to entertain than to inform. How many times in the past week have you had an engaging conversation with someone about issues other than celebrities, gossip, TV shows or party plans for the weekend? How many times so far in this semester have you shared a challenging yet powerful idea with someone?

And then if you can, count the number of Facebook sta-tuses, pictures and videos you have read during the previ-ous day. I am convinced that you will be shocked by the results. We don’t share ideas with each other. Instead, we have become agents of informational propagation. As in the case of Kony 2012, we are more motivated and convinced by clever Facebook statuses, comical pictures and well-produced videos than we are by ideas. The Age of Reason-ing, as Postman has lamented in 1985, is already part of a distant past.

Our zealous response to Kony 2012 and relative indif-ference to the contents of daily news seem to show that we have, through years of news and information consumption, built up enormous tolerance towards suffering, violence, injustice and death that have and continue to be inflicted upon our global kin.

Yet, a day won’t go by without us feeding stimuli of all kinds to our brains. The so-called “news of the day” quickly became the material that we use to entertain our-selves. At the same time, we grew ever more comfortable with doing nothing in response. Our only “hope,” perhaps, rests on multimedia like Kony 2012 to wake us from this sleep-walking of the brain.

I am part of this sleeping mass. I am part of this genera-tion of the new millennium. Yet this is the nightmare we have fallen into: slowly turning into machines that receive and spit out bytes of information without ever trying to pro-cess, question and evaluate them. We are then, as Neil Post-man has warned merely two decades ago, destined not to be deprived of all the rights and liberties under the oppression of governments, but to be drowned in a sea of pleasure, dis-traction and irrelevance. Such an ending will not be within a big bang or an outcry, but in a toxic, eternal silence. I hope I am entirely wrong.