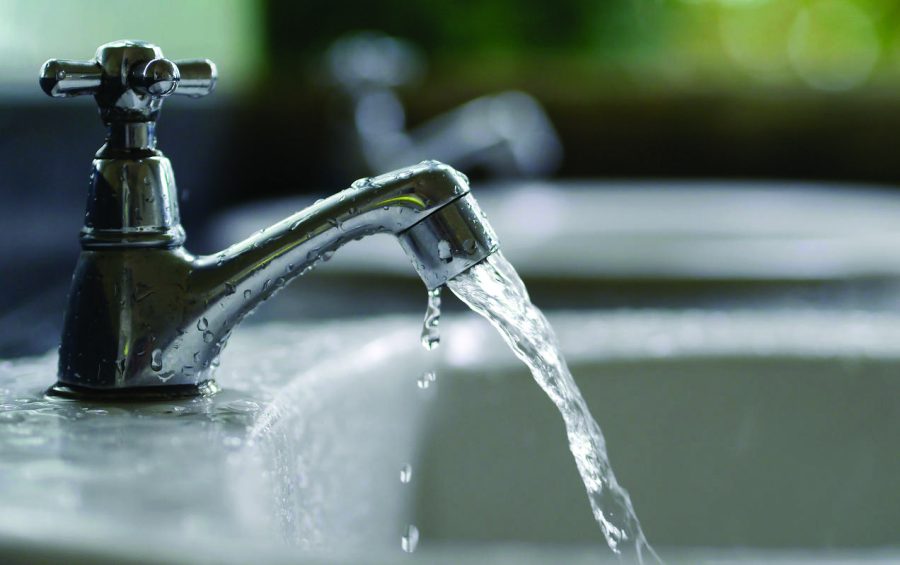 Prior to winter break, the University and the Village of Hamilton began contracts with external engineering firms GHD and MRB Group, respectively, to investigate the water systems supplying select university properties both on and off campus, as well as the potential causes of elevated lead levels within these properties in order to develop a series of short-term and long-term solutions.

As of Monday, October 28, the University had conducted 28 first-draw tests, in which water had been set motionless for over eight hours, as well as 32 flush tests, in which water had been running for at least two minutes. 14 of the 28 first-draw tests showed lead levels above the set U.S. Environmental Protection Agency (EPA) action level of 15 parts per billion (ppb), whereas all 32 flush tests showed lead levels below the EPA limit. Initial first-draw testing for Case-Geyer, James B. Colgate Hall and James C. Colgate Hall all showed elevated lead levels, with similar results concentrated along the Broad Street corridor of the Village. Further testing revealed contamination within Chenango Nursery School at 59 West Kendrick, which showed levels of lead at 540 ppb, 36 times the EPA limit, and Schupf Studio at 54 Montgomery Street, showing a lead level of 720 ppb.

First-draw testing of remediation options released on Friday, December 20 showed that filters at 80 Broad Street and Case-Geyer have been effective at filtering out lead in the water, as the lead concentration at 80 Broad went down to 21 ppb from an initial 157, and lead levels at Case-Geyer declined from 790 ppb to 170 ppb. Director of Environmental Health and Safety Mary Williams explained that testing at Case-Geyer was conducted with and without the faucet’s aerator, which is consistent with testing recommendations to help isolate the problem.

“The EPA does recommend that homeowners clean and remove faucet aerators on a regular basis clear out particulates that may become trapped,” Williams said. “Testing back in November confirmed that faucet mount filters are effective at reducing the lead levels to well below the 15 ppb action level. We knew that the filters were rated to the highest level of lead removal and tested out of an abundance of caution.”

According to a campus-wide email sent on Friday, January 17 from Williams, temporary water filters certified for lead reduction and spring-water dispensers remain in place at all buildings that were identified last semester as having elevated lead levels.

“GHD is now in the process of reviewing data that has been collected to date, and they are actively planning a path forward to solve this issue, working in tandem with the Village of Hamilton and their contracted engineering firm,” Williams said. “Water filters and coolers will remain in place until these two engineering firms complete their investigatory work and a permanent mitigation plan is in place.”

The Village of Hamilton contacted over 60 property owners serviced by Village water in order to garner participation in providing water samples from their buildings, according to the Village’s website update on Wednesday, December 4.

“This is part of the Village’s ongoing effort, in cooperation with Colgate University, to assess concerns regarding lead levels in drinking water first detected in a number of University-owned buildings,” the article stated. “The current test locations were selected to provide data from buildings of different ages distributed throughout the Village’s public water service area.”

According to Village Mayor RuthAnn Loveless, the sample group included some properties owned by Hamilton Initiative, but it did not include any other University-owned properties.

“The Village received water samples from 55 property owners and sent them all to the same certified testing laboratory. Although the results varied by location, none of the samples tested above the EPA action level for lead,” Loveless said.

According to Loveless, the Village of Hamilton has recently met with MRB Group along with representatives of the University and GHD Group. The Village has also been in regular communication with the Madison County Health Department, which has mandated a similar sampling of lead and copper levels within an additional 60 village properties to be carried out by the end of June of this year.

“These locations must be approved in advance by the Health Department, and MRB Group will be working with the Village to develop the plan for this next round of testing, as well as performing an overall water quality analysis for the Village,” Loveless said. “None of that has begun yet pending further coordination with the County Health Department. We expect it will take several months of effort before we have Health Department approval of the plans. The next round of water sampling and analysis will then follow.”

Once the further testing and analysis have been completed, the Village and the University, along with the engineering firms, will work to analyze all the data collected and prepare recommendations. As for now, Williams said her office continues to work with campus partners to ensure that water coolers and filters are maintained to provide safe drinking water in all affected buildings.

“Facilities staff members are monitoring water coolers and checking filters, but students in need of assistance can call Facilities at 315-228-7130 Monday through Friday 8:00a.m. to 4:30p.m. On weekends, they can call the Heating Plant at 315-228-7468, but students should make every attempt to call for refill needs during regular business hours,” Williams said.

As for long-term solutions and preventive  measures, Williams referenced recently proposed revisions by the EPA to the Lead and Copper Rule, which is the regulation that requires Public Water Systems, such as the Village of Hamilton, to routinely test for lead and copper at customer taps.

According to EPA’s website, the proposed rule will identify the most at-risk communities and ensure systems have plans in place to reduce elevated levels of lead in drinking water. The proposal will focus on six key areas, including identifying the most impacted areas by requiring water systems to update an inventory of lead service lines and sources of lead that exceed action level and increasing drinking water sampling reliability by requiring water systems to follow new sampling procedures targeting locations with elevated lead levels.