This Week at the Movies: December Recap Part II 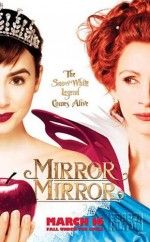 Following the theme of Margaretta’s article from last week, here are my thoughts on a few movies I saw over winter break and why you should watch them (or not).

Let me begin with Sherlock Holmes 2 – A Game of Shadows. What it is is a fun movie full of action, a palpable chemistry between Law and Downey Jr. and a well-essayed Dr. Moriarty played by Jared Harris. What it is not is a Sherlock Holmes movie. This movie is full of action played out in slow-motion – every single time (we get it, Guy Ritchie, you know how to do grungy shots) – and a painful overdose of the technique used in that one fight scene in the first movie; you know, where we see him plan out his attack before he actually attacks. Stephen Fry is more a caricatured Mycroft Holmes than anything else; indeed evidence of how this movie treats the rest of the Sherlock Holmes body of literature. And the hu­mor is slightly off, too. Watch it on a Sunday morning when you’re still groggy from the night before and you need to wake yourself up.

Next stop, The Iron Lady. It’s not a movie about British politics and foreign policy during the Thatcher era. It is a movie completely cen­tered on the Iron Lady herself, played to a tee by Meryl Streep, and her personal insecurities and imperfections as we chart her growth from a grocer’s daughter to the most powerful woman in Europe to the forgot­ten old lady haunted by the demons of her past. The direction is fine, though the screenplay is more than a little patchy. But Meryl Streep is perfect and certainly dispelled all my doubts that anyone could ever por­tray this iron-willed, enigmatic person accurately. She carries the movie on her shoulders, crying and wailing, away from a somewhat confused mishmash of history to a somewhat coherent character study of a female warrior. Watch it for her, and try to live with everything else.

Now, The Adventures of Tintin. Except for some parts of the ending that were underwhelming and perhaps a tad unnecessary, I loved it. For a lifelong fan of Tintin, there are a thousand little references cleverly pep­pered in throughout the movie that absolutely delight. Props to Steven Moffat and Edgar Wright for that and for their fun screenplay based on The Secret of the Unicorn. The computer animation is flawless and would’ve made Herge proud. The 3D actually works! Steven Spielberg, directing an animated movie for the first time, does a good job bring­ing in a very Indiana Jones flavor. John Williams absolutely deserves his Oscar nomination for the score, which is perfect. The voice actors are decent, with Andy Serkis and Jamie Bell particularly standing out. And Snowy is perfect – absolutely perfect. Watch it. No qualifiers.

Finally, Tinker Tailor Soldier Spy. An extremely complicated, layered story of espionage and paranoia in the MI-6 during the Cold War. Don’t miss a thing and don’t take bathroom breaks. Don’t expect a neat resolution of every issue and a complete un­derstanding of the situation by the conclusion. But if you want something of a glimpse into the real spy world, not a long-haired charming maverick climbing the Burj Khalifa, watch this movie. The performances are all-around awesome, especially Gary Old­man, who, with a perfectly restrained performance, shows us the contradictions and complications in the motivations and the ex­plications of a life spent serving queen and country in MI-6. Al­fredson’s direction is pitch-perfect, and the screenplay works re­ally well in hindsight, although confusing to everyone during. The atmosphere of the movie takes you back to an era of fear, distrust and chaos, while still maintaining relevance to the present. Watch it if you are willing to give it your all for two hours – nothing less. And watch out for Gary Oldman at the Oscars.