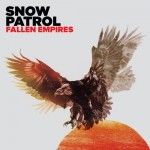 Many people might have forgotten about Snow Patrol since 2006’s Eyes Open, with its attendant hit single “Chasing Cars.” Its bland­ness and lack of emotional resonance was par­tially corrected three years later on A Hundred Million Suns, but the undeniably more creative album met with little fanfare and seemed con­tent to ride on the commercial success of Eyes Open and the critical success of Final Straw.

Thus, when lead guitarist Nathan Con­nolly warned that Snow Patrol’s new album Fallen Empires would explore new territory and be potentially polarizing, it seemed that a little controversy and innovation might be exactly what they needed to reenergize themselves. As it turns out, the “new direc­tion” isn’t nearly as radical as expected (the word “techno” had been thrown around), but it certainly has been polarizing. I feel the gamble was well worth it, as the band finds itself exploring emotions and taking risks it hasn’t taken in eight years, amounting to their strongest effort since Final Straw.

The basic Snow Patrol elements are all there – Gary Lightbody’s brooding yet tender vocals, slow ballads, dramatic anthems and energetic rockers – but they are filtered through a greater emphasis on electronic and symphonic accom­paniment. The result is that Snow Patrol finds a greater range of expression on Fallen Empires, preserving the characteristic intimacy of “Run” and “Chasing Cars” with “Lifening,” while building “Fallen Empires,” “The Garden Rules” and “The Symphony” into anthemic choruses at the conclusion of the songs, with deceptively simple yet eminently shoutable lyrics like “we are the light, we are the light” and “if this is all you ever ask for/then this is all you’ll get.”

If the album has a weakness, it might be that it slightly overuses the anthem trope, but this is quickly forgotten when listening to the symphonic swell of “In the End,” or admiring guest singer Lissie’s soulful backup vocals in “The Weight of Love.” Interspersed as coun­terweights to these and uptempo rockers like “Called Out in the Dark” are “Lifening” and “Those Distant Bells.” “Lifening” has a sincere simplicity, deflecting claims of sentimentality with an unpretentious assertion of all the small things that make life meaningful for Lightbody. “Those Distant Bells” seems to be in suspended animation with its insistently repeated guitar figure, adding a reflective yet insistent quality that echoes the inertia of the song’s subject as well as the distant call of the bells.

The album also features two short tracks, “Berlin” with its carefree vocalizations, and the odd concluding track “Broken Bottles Form a Star (Prelude),” which is as misplaced as the title indicates it would be, forming a bizarre end to an otherwise satisfying album. Snow Patrol narrowly avoids another misstep with “In the End” by flirting with a Cold­play vibe, but the quiet energy in the verses and catchy chorus end up sounding more like what Coldplay’s most recent album should have been rather than seeming derivative.

The album is laden with a mixture of truly insightful and creative lyrics and lyrics which sound silly on paper but inspiring in context. There’s something fantastically nostalgic about the opening to “The Symphony,” as Lightbody sings “Wooden floors whisper/And they creak under your sockless feet./A secret door, a door undiscovered/You knock so gently in case you’re heard.” Equally admirable is the way Snow Pa­trol moves from the hope-in-brokenness of “This Isn’t Everything You Are” to the innocent childhood romance of “The Garden Rules.”

All told, the album is able to explore an emotional and thematic range somewhat lacking of late for the band, with more ac­cessibility and commercial appeal for casual fans as well. The question for its legacy will be whether critics and fans can accept the band’s new trajectory, or whether “Chasing Cars” is as far as they’re willing to go.