Hollywood on the Hill The Next Big Star 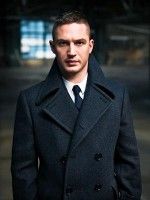 Every year, ESPN magazine releases their “NEXT” issue, where they predict which promising young pro stars are the next super­stars of their respective league. On the cover of this year’s issue was rookie phenomenon Cam Newton, whose future on the Carolina Panthers looks extremely promising, as he just won AP Offensive Rookie of the Year. Previ­ous “NEXT” athletes have been NBA super­star Kevin Durant and NFL All-Pro Adrian Peterson. The “NEXT” athletes are chosen based on what they have done and, more importantly, what is on their horizon. While the future of sports stars are highly linked to the success of their teams, the future of young Hollywood stars is also directly correlated to the success of their future film projects. The “NEXT” star of 2011 would have been Ryan Gosling, who has become the hottest house­hold name thanks to his Steve McQueen-like performance in the Cannes hit Drive, his co­medic and suave role in Crazy, Stupid, Love and his dramatic performance in the George Clooney political thriller Ides of March. Who is the next big star of 2012? We believe it to be the British bad boy Tom Hardy.

Known in England for his supporting roles in gangster films like the Daniel Craig vehicle Layer Cake and Guy Ritchie-directed RocknRolla and his demanding performance in Nicolas Winding Refn (director of Drive)’s film Bronson, Hardy broke out in Hollywood in the Christopher Nolan 2010 blockbuster Inception. In Inception, Hardy plays the British and Bond-esque con­man Eames and is the main attraction in the epic snowmobile chase scene. After being the stand­out character in Nolan’s epic, Hardy starred in the Oscar nominated UFC fighting film Warrior. Warrior is an exciting film directed by Miracle’s Gavin O’Connor. Hardy’s character, an ex-war veteran and anti-hero fighter, is as cold and tough as we have ever seen in a sports film. Hardy then played alongside Collin Firth (The King’s Men) and Gary Oldman (Sirius Black in the Harry Potter series and Commissioner Gordon in the Batman series) in the Oscar nominated British spy-thriller Tinker, Tailor, Soldier, Spy.

Coming up in 2012 for Hardy is the McG directed action/romantic comedy This Means War. Starring alongside Chris Pine (Star Trek) and Reese Witherspoon (Legally Blonde), Hardy plays a handsome and talented federal agent who is in the middle of saving the world and fight­ing against his best friend and partner (Pine) for a beautiful blonde (Witherspoon). The film’s R-rating will most definitely hurt its box office numbers, but still expect the film to earn a decent box-office receipt for a February release. Follow­ing This Means War, Hardy jumps into what will be the biggest role of his career – the central vil­lain in the final chapter the Christopher Nolan’s Batman trilogy. The Dark Knight Rises is the most anticipated film of 2012 and with the amazing cast and incredible direction of Christopher No­lan, we see little reason to believe that it could not be the most lucrative and Oscar nominated film of 2012 (see: the final film of Peter Jackson’s Lord of the Rings trilogy). If Hardy’s character Bane, a genius and oxygen mask-wearing terrorist, is as iconic and strong as the late Heath Ledger’s Joker (Nolan says it is), then expect Hardy to be a Hollywood star after the film’s July 20 release date. After The Dark Knight Rises, Hardy stars alongside Shia LaBeouf (Trans­formers), Jessica Chastain (The Tree of Life) and Guy Pearce (Memento) in director John Hillcoat’s film The Wettest County. Coming out in late summer, the film centers around two bootlegging brothers (Hardy and Labeouf) who rise to promi­nence at a price during prohibition.

In January, Hardy, who is represented by CAA, signed to play Al Capone in David Yates’s (director of the final four Harry Potter films) trilogy about the mobster, titled Cicero. Warner Bros. is extremely high on Yates thanks to the success commercially and critically of the final four Potter films, and they expect the trilogy to be the next cinematic gangster classic. Hardy has also confirmed that he will be starring in a remake of the Mel Gibson cult classic Mad Max. With characters like Bane, Al Capone, Mad Max, a secret agent and a bootlegging gangster, Tom Hardy looks like he will soon enter Hollywood royalty.