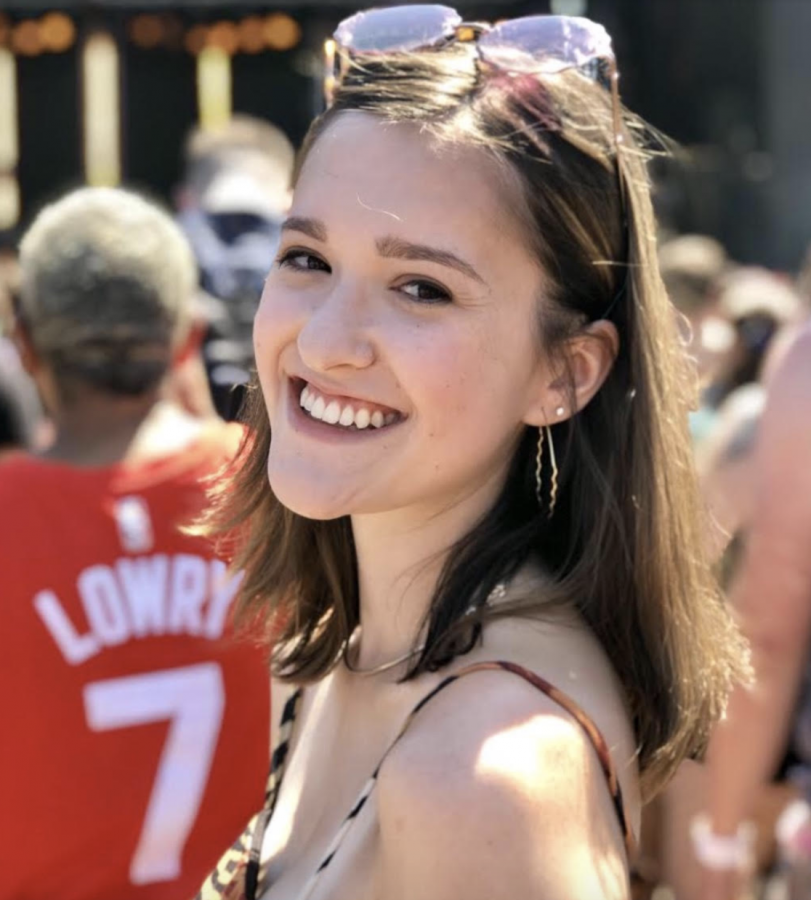 If you have heard about Democracy Matters, a national nonprofit organization that is represented on Colgate’s campus, or been to the Coop TV room during one of their Brown Bag talks, then you have experienced the positive impact Phoebe Sklansky has on this campus. Sklansky is a sophomore at Colgate with a major in sociology and a minor in political science. She has always had a love for politics, even from a young age.

“I think my interests mainly stemmed from my love for history, American history in particular. As a kid, I loved presidents and that kind of translated into watching President Obama’s inauguration. Ever since then I have been really into politics and have interned on political campaigns since 2016,” she said.

Sklansky’s inspiring passion for politics has not ceased in college. As President of Democracy Matters, Sklansky works with people across the nation to help make the political system as fair as possible through campaign finance reform and voter reform.

Sklansky describes one event that she facilitated last year, “[The talk was on the] ‘insights on impeachment’, which was really cool because there were a bunch of people who showed up. The talk only lasted about half an hour, but the whole event went on for an entire hour because there was an additional 30 minutes of people discussing and debating.”

Sklansky joined Democracy Matters as a first-year when there was no social media page for the Colgate branch of the nonprofit. Seeking to get involved in some capacity, Sklansky made the effort to create and manage the group’s social media presence.

“I am really interested in getting into communications and social media outreach. I had an internship last summer working at a nonprofit that works with victims of partner violence and one of my jobs was running their socials as well,” Sklansky said.

After college, she hopes to enter a more writing intensive field that is not necessarily politically oriented. Nonetheless, Democracy Matters has provided Sklansky an essential outlet for her political interests and her experiences as a member of this organization will remain an important part of her Colgate experience.

“I see myself being involved on political campaigns for the rest of my life,” Sklansky said. “Even in a volunteering capacity, because I really care about getting candidates that I think are right for our country or wherever I live into office.”