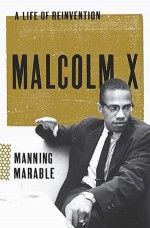 On Monday, October 24 at 7:30 p.m. in Love Auditorium, students, faculty and members of the Colgate community gathered to hear the second of a two part celebration of the life and success of Professor Manning Marable. Professor Marable was a well-es­tablished author and outstanding contributor to a multiplicity of disciplines at Colgate University. Most notably, Marable is credited as the founder of the Africana and Latin American Studies program during his time on the faculty from 1983 to 1987. Organized by multiple departments, faculty and administrators, the day of celebra­tion marked Marable’s achieve­ments by a 4:15 p.m. keynote ad­dress by Clayborne Carson and the 7:30 p.m. panel discussion.

Marable’s final book, Malcolm X: A Life of Reinvention is a compel­ling biography which redirected the arguments regarding the challenging political leader and was the topic for the second event. The book, pub­lished only three days after Marable’s death on April 1, 2001, evoked the discussion of three accomplished scholars. Assistant Professor of His­tory at Lehman College Robyn Spencer, Assistant Professor of His­tory at Dartmouth College Russell Rickford and the Esther Raushen­bush Chair and Professor at Sarah Lawrence College Komozi Woodard brought their individual insights to this powerful work. Spencer and Rickford, both students of Marable, spoke generously about Marable’s influence and mentorship.

After an introduction of Pro­fessor Marable and the three panelists by Professor of Soci­ology Rhonda Levine, Spen­cer opened the discussion. She spoke of her immediate purchase of Marable’s Malcolm X biogra­phy, but her inability to read the work in the face of her grief over her deceased mentor. When she began to read the book in prepa­ration for the lecture, she found three historical frames through which Marable had written the work. The first, which she called recreation, dealt with Marable’s ability to bring Malcolm to life in historical moments.

She repeated the phrase, “I saw him,” emphasizing the reframed portrayal of Malcolm X which Marable brought to life in settings, relationships and in the overarching theme of political oppression. The second frame was reinvention, an obvious theme of Marable’s work, which depicted Malcolm’s transi­tion, struggle and self-doubt. Fi­nally, Spencer discussed Marable’s portrayal of organization, both within the nation and overlapping and overarching ideology.

Next, Rickford took the floor by introducing two passages of Mal­colm X indicative of “what Manning was up to” in writing this work. For Rickford, Marable rose above the harsh criticisms of his book by searching “for a usable past.” He si­multaneously resurrected Malcolm X as a restorer of black history and politicism in a global context and searched for a new “language” with­in which black Americans could ar­ticulate and understand racism po­litically. Rickford drew connections between both Manning and Mal­colm and indeed saw this search for a new “language,” one with which both influential African American intellectuals struggled.

Finally, Woodard pristinely con­cluded the individual comments by noting Marable’s “rethinking” of Malcolm X. Fundamentally, Wood­ard believed that Marable accom­plished an amazing feat by asserting the seriousness of his work. Wood­ard coined this the “legitimacy of Malcolm X.” It was necessary for Marable to broaden the discussion of black historical individuals to show that the struggle for African American history exists.

“Black people are just as com­plicated as other people,” Woodard said. “Scholarship is framed.”

Therefore, he believed, Marable opened a precedent for academia, one that must be upheld for gen­erations to come. Woodard fo­cused in on Marable’s depiction of the spiritual disorientation of white supremacy and how, there­fore, Malcolm X became beyond a political leader. Malcolm reframed the mindset of black America by encouraging ideas such as, “You deserve better than this” and that the situation is, “not just bad; it’s unacceptable.” Yet, Woodard did not cease the conversation there. He went on to assert the need to take both Malcolm and Marable’s work and apply it to modern day “citizenship.” Thus, Marable’s work was not only the reinvention of Malcolm X but also has the poten­tial to become the “reinvention of human rights.”

Though each speaker spoke individually and in his or her own frames of reference, there was certainly an active conver­sation between each argument. Each point spoke to the oth­ers, both directly and indirectly. Overall, the great passion and admiration each panelist pos­sessed for the late Manning Marable was apparent in the careful and intellectual nature of this discussion.