Ford vs. Ferarri: Not Just for Car Enthusiasts 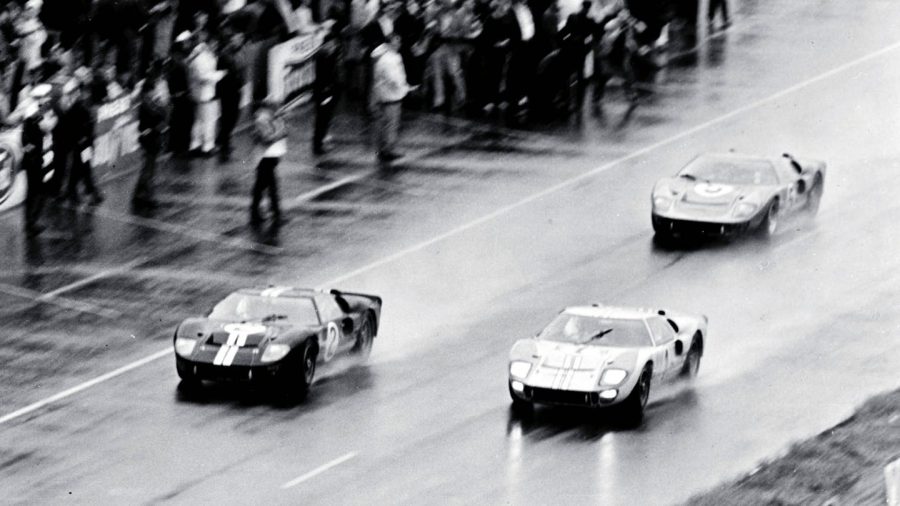 It’s a sports film through and through, yet it goes beyond the bounds of its genre to feel grounded in reality despite the larger-than-life characters on screen. It’s about sportsmanship, dealing with capitalism and living the dream.

This movie is an experience—one that sucks you in for the long haul. I first took notice of the fact that the names of the actors and producers came on during the opening scenes, just like on television, evoking a sort of docu-drama vibe. Yet it’s star-studded and breathes quality in everything. Actors are perfectly cast and push the movie forward. In addition to this, the sets teleport the viewer to the ‘60s.

It’s a long film, but for some reason I felt like there could have been more scenes added to give certain moments more weight. There’s a notable scene early on between Miles and his wife that, while well acted, feels a little unexpected between the characters—something that could have been set-up better to give the movie more momentum. The interplay between the executives at Ford and Shelby’s crew is great, and could have also used some breathing space and motivation. Emotional scenes had just enough heart and truthfulness in them to push on forward. Despite these things I’ve mentioned, critiques that show up only if you look a little too hard, it brings you into the race at Le Mans without feeling like two and a half hours have passed.

Thrill is where the film really accelerates. You will want to watch this in a theater to get the full effects, because every driving scene has authority—a rumble in the bass that a television or laptop can’t provide. Making the turns on the test track let alone at Le Mans where exhilarating. The writing, acting and cinematography all wove into one that it felt like there really were stakes involved in every race. And one is reminded of how deadly the sport used to be (and still is)—the movie never lets you forget that.

At the same time, cars are technical pieces of machinery—art, some might say—and the movie dips its toes into the ocean of technical details that aficionados would know by heart. There is enough detail for us to understand that important improvements are happening and enough to please car-lovers with brief and unexplained technobabble that actually makes sense. Like everything else in the movie, it’s a juggling act that some may find difficult to follow yet will be satisfied for having watched the feat in the first place.

Despite knowing the story, it’s still an excellent watch, with beautiful portrayals of people trying their hardest to pushing the limits of human feat. Though ironically, the film speaks against design by committee, putting the singular lynch-pin figures upon a pedestal for admiration, when it feels like the film itself needed a singular vision to punch harder. At the end of the day, it’s an excellent film that tells a grounded and realistic story—nothing is thrown bloated for the sake of movie drama as far as I’m concerned.