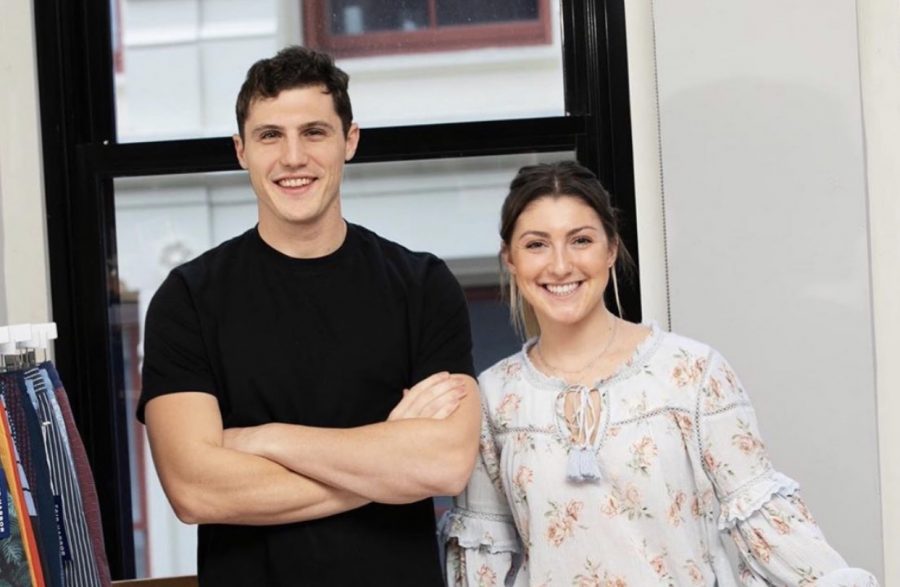 The 2020 edition of Forbes Magazine’s 30 Under 30, a compilation of 600 trailblazing entrepreneurs in 20 industries across the U.S. and Canada, included seven Colgate alumni. After a rigorous examination of thousands of nominees, Katherine Hele ’13, Yuni Sameshima ’13, Joey Petracca ’13, Nick Freud ’15, Rob Carroll ’15, Jake Danehy ’16 and Caroline Danehy ’19 made the cut for what Forbes coins the “brashest entrepreneurs” of the year.

Hele was selected in the finance category for her work as an investment banker specializing in industrial companies. Now the Vice President of Bank of America, she has conducted 70 billion dollars in transactions over the course of her career.

The rest of the recognized alumni were part of Colgate’s Thought Into Action (TIA) program, which provides student entrepreneurs with a year-long incubator experience with the guidance of entrepreneurial alumni, parents and community mentors.

“The Thought Into Action entrepreneurship program is a place where students engage their Colgate education and experience in a process where they identify a problem or opportunity that is common to many people and then design and launch a solution,” Associate Vice President for Career Initiatives Michael Sciola said. “TIA isn’t for the faint of heart — entrepreneurship isn’t for spectators. Students who thrive on feedback, challenge and learning through failure do well at TIA… the experience builds grit and resilience that give our participants a competitive advantage over others.”

Sameshima and Petracca were recognized for Chicory, a company founded in 2013 which allows consumers to buy all of the required ingredients for online recipes with the click of a button. More than 1,300 newblogs host their shoppable recipes, and they have partnered with nearly a dozen retailers. Chicory claims it will generate six million dollars in revenue in 2019 and was selected in the ecommerce and retail category.

Sameshima and Petracca partook in the TIA program in their senior year, working on what was then called Recipe into Reality. Over the course of 12 months, they were finalists at the New York State Business Plan Competition, worked with the executives of major grocery chains and were awarded the Entrepreneurs of New York (ENY) Fund, a Colgate fund providing a 15,000 dollar cash grant to selected teams.

In the education category, Freud and Carroll were recognized as co-founders of CampusReel, a company that aims to provide honest student testimonies to prospective students and high school counselors. With more than 17,000 videos from students attending 355 different colleges and universities, CampusReel has reached more than one million students in 172 countries. Also advertised as a marketing and recruitment tool for admissions, the company has raised over one million dollars in the past three years.

Freud and Carroll were recipients of TIA’s Entrepreneurs Fund, a fund offering seed capital to selected ventures headed by Colgate students. During that time, they had upwards of 30 meetings with lawyers, psychologists, serial entrepreneurs, brand strategists and other mentors to help with product development and execution strategy within the higher education space broadly, and the college search process more specifically. Two years after graduating, they ended up with a platform that presents student-generated video campus tours, democratizing traditional college campus visits and allowing students from around the world access to candid perspectives on U.S. schools.

“We are so incredibly proud of the product that we’ve been able to build with hundreds of college students throughout the country, and truly believe that CampusReel is one of the most useful and innovative products in higher education,” Freud said. “To have our work recognized by an organization as prestigious as Forbes is tremendously validating for the company, and honestly just pretty freaking cool for Rob and me.”

Siblings Jake and Caroline Danehy were selected for their sustainable fashion company Fair Harbor Clothing in the manufacturing and industry category. While at Colgate, Jake learned about a technology that converts plastic bottles into a polyester material, which Fair Harbor now uses to turn ocean plastic into swimwear. In TIA, the Danehy’s received 20,000 dollars from a mock Shark Tank competition in 2015, and according to predictions, they will successfully turn two million plastic bottles from the ocean into two million dollars in revenue next year. The brand eliminates 11 plastic bottles with every swimsuit produced, and donates a portion of their profits to east coast beach towns similar to Fair Harbor, NY, the beach they grew up on.

“I’m incredibly proud of the alumni who have been named to the Forbes 30 Under 30 list,” Sciola said. “I know each one personally and know that they carry the very best of Colgate with them every day.”