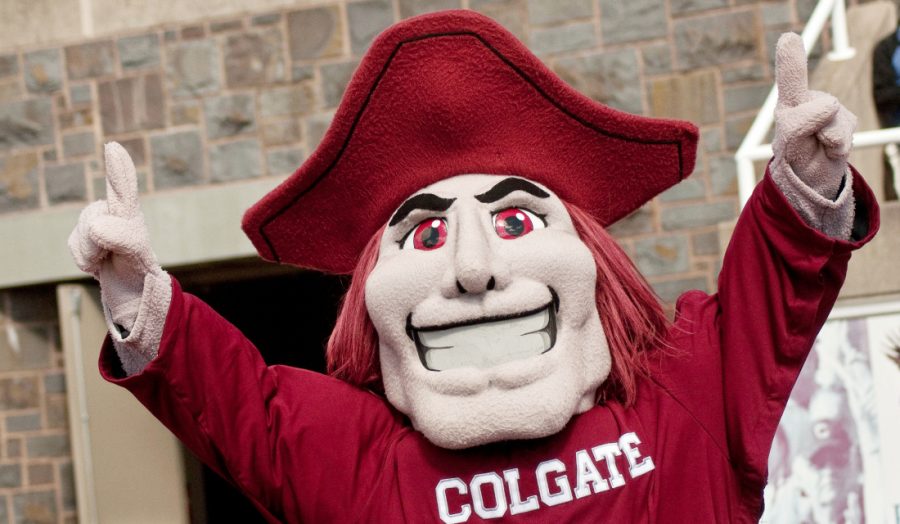 Athletic Director Nicki Moore shared a survey with the student body via email on Tuesday, December 3, asking for their feedback on the University’s mascot, the Raider. In the introduction to her survey, Moore explicitly considered the mascot “an important part of [Colgate’s] athletics identity.”

The survey consisted of eight questions, which inquired about the appearance of the Colgate Raider and how students feel about the mascot’s representation of Colgate. The survey focused on what characteristics embody the Raider and how those characteristics reflect the values of Colgate. Based on the preface, Department of Athletics expressed concern with students’ opinions of the mascot and willingness for revision.

“I think the main goal of a mascot should be to promote school spirit,” Meyer said. “Honestly, the Raider makes me feel uncomfortable because it looks sort of creepy.”

Meyer plays for the women’s varsity lacrosse team and mentioned that having the Raider on the sidelines during her games does not have a significant effect on her playing. She does not consider the raider itself as “hype.”

While Moore did not explicitly mention the controversiality of the Colgate Raider, students interpreted her efforts as a means to address this issue.

“This summer we began a comprehensive view of our athletic branding, looking at our logos, colors, mascot, etc,” Moore said. “Through this process, we learned various opinions about the mascot and its current iteration.”

The University’s Department of Athletics extended the survey to students, faculty, alumni and other community members.

According to Moore, a group of athletic administrators are heading this project.

“It’s a collaborative effort,” Moore said, mentioning that the group will continue to include input and contributions from students, faculty and other community members.

Meyer expressed her appreciation for the efforts shown by the Department of Athletics toward considering the revision of the mascot.

“I’m unsure about the significance of the Raider in Colgate’s history,” Meyer said, “but I have only heard negative impressions of its history, including the racist connotations behind its previously red skin color.”

“I’m pleased that this email was sent out. I know that the Raider is not universally beloved, and I’m glad the administration is acknowledging that,” Sobran said.

“I think that it would disrupt traditions, but if times change and there are reasonable calls for change, then disrupting tradition isn’t the worst thing that can happen,” Liu said.

The University introduced the current iteration of the mascot in 2006, and Moore remarked that the department has no record of previously considering revisions.

Moore explained that the purpose of the survey is to garner feedback regarding the impression of the Raider. She said that the committee values survey responses and feedback prior to moving forward with their work.