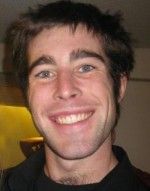 I have always loved road trips. There is nothing better than a week­end retreat on the open road to re­mind oneself why cars come with windows and loud stereos. Over the fall break of my sophomore year, three of my Phi Delta Theta brothers and I decided to drive from Hamil­ton and take pictures of ourselves at the neighboring New Jersey and Pennsylvania borders. Though the trip was completely spontaneous and only lasted through the night, I don’t think I will forget how great it was to escape to the scenic pastures of New Jersey and finally breathe the free Newark air again. We drove without stopping and enjoyed good conversation and music.

On August 21, eight days be­fore my senior year of college, I decided to take another trip with two more of my fraternity brothers back to New Jersey. This time, we were headed south to Cape May to visit Vic Krivitski, a brother of ours who had just been placed in hospice care after a long battle with cancer. Although Vic had traveled with me the last time I braved the New Jer­sey border, I would be making the return trip without him as Vic was estimated to have no more than two or three days left to live. We drove without stopping and enjoyed small talk and rain.

That evening, we sat outside with some of his closest friends and shared Vic stories and wine. We talked for hours about the kid who hid a snake named “Kitty” in his room fresh­man year and loved to ballroom dance with his beautiful girlfriend. Jealous that we were having all the fun, Vic was wheeled out by his mother and mustered everything he had in him to stay up late with us, but soon grew tired and had to go back to sleep. We helped him into bed and said goodnight to him.

The Krivitski family had been kind enough to offer us several guest rooms in their home.

When it came time to go to bed, I instead decided to sleep in Vic’s room. I wanted to spend the night surrounded by the books, movies, swords and ghillie suit he had loved and called his own. Not much of a climber myself, I chose to sleep in the bed on the ground rather than in the hammock he had strung up on the ceiling and slept in.

When day broke on August 22, my brothers and I roused ourselves and went out to find a place to eat, as Vic was still asleep. He was still in bed upon our return, and although we wanted to see him before leaving, we had to be at school later that day and decided to depart. We exchanged several hugs with his mother and his best friends before going to say goodbye to him. He was still in a deep sleep, so we kissed him on the forehead and told him we loved him. We left his home, got back into the car and began driving back to Hamilton under completely blue skies.

At noon, two hours after our departure, we got a call from one his friends informing us that Vic had just passed away. I remember being less surprised at the news than by the fact that the heavens had not opened up and mourned the loss of their greatest son with a meteor shower. Instead, the summer day remained exactly as it had been before. The sun still shone, the traffic still flowed and the dirty air of the Garden State Parkway still pressed down upon us like a toxic gas. Even though everything was now completely different, it was somehow exactly the same. It felt selfish to spend such a beautiful afternoon grieving over our loss when we knew that Vic would not have wasted a minute of summer sun for anything. Still, the weight of the news lingered in the car, and nobody knew what to say.

Breaking the silence, I recounted with a smile how Vic and I had lived on the same dormitory floor freshman year. The first night I met him, we had been hanging out with a few guys in a common room.

The conversation turned to Fight Club, as it always did, and Vic began challenging a few of the other guys to a sparring match. Although I was barely half his size and had never thrown a punch before, he had this aura about him that made me feel comfortable in his very large and capable hands. I alone responded to his challenge. Without hesitating, he laughed and hit me. Several blows later, I emerged defeated in the world’s sloppiest boxing match. He helped me to my feet, patted me on my back and said with a grin, “You’re a man now.” For the next week, I wore my black eye around like a badge of honor.

I will never be able to explain the feeling of satisfaction I got from answering inquires about its origin with a casual, “Yeah, I got it from Vic.” We all laughed and continued to swap stories as we drove toward an ever-retreating horizon that, for the first time, didn’t seem as far away.

The journey down to Cape May was the hardest drive any of us have ever had to make. Saying goodbye to a friend who was taken much, much too early from the prime of his life is not a task I would ever hope for anyone, but it was the easiest decision I have ever made. The trip was never about us, but about providing as much love and support as we could to the man who had given every last one of his breaths to make those around him happier. In my eyes, Vic was, and will always be, a superhero. He may have found his kryptonite, but his legacy will continue to live on through those who were fortunate enough to know him. With the same pride that I wore my black eye freshman year, I will carry my newfound seize-the-day, never-say-die attitude with me wherever I go. I cannot wait to respond to inquiries about its origin with a casual, “Yeah, I got it from Vic.”

Vic Krivitski lived every day of his life in an unwavering show of devotion to those around him. He embodied the traits of loyalty, friendship and leadership better than any man I know. Some have chosen to call these attributes selflessness.

We call them brotherhood.