This Week at the Movies: The Lincoln Lawyer 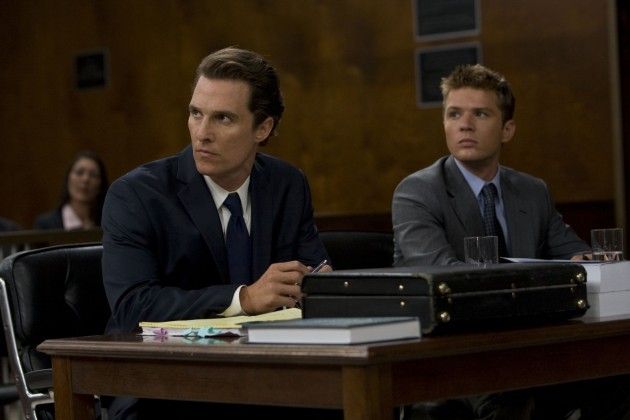 There’s not much better than a good thriller. Sometimes, we don’t need much out of a movie. Sometimes, all it takes to make a solid picture is a decent story, likable characters, good pacing and a few twists here and there to get us when we’re least expecting it. That is exactly what The Lincoln Lawyer, directed by Brad Furman and written for the screen by John Romano, does. It’s not particularly special, but it cer­tainly is some quality entertainment. It takes the concept of the lawyer thriller and truly engages the audience in a captivating way. Combine that with some excellent atmosphere and some acting that is better than expected, and you’ve got a pretty good movie on your hands.

Mick Haller (Matthew McConaughey) is a defense attorney who works out of his Lincoln town car. He represents the underbelly of Los Angeles with clever intuition and a surprisingly big heart. However, one day Louis Roulet (Ryan Phillipe), a rich real estate agent, enlists his services after being convicted for violently beating a prostitute. His innocence seems fairly clear at first, but as the case begins to unfold, his guilt and malice go far deeper than expected. The plot itself follows a pretty generic for­mula when it comes to thrillers, but this isn’t necessarily a bad thing. Rather than going for originality, the film is well-executed and there are solid performances all around, par­ticularly from McConaughey. His emotional struggle between his professional goals and personal sense of justice is believable and well portrayed. It adds an extra element to the narrative that really sets the movie apart. Plus, some of the plot twists are great, and you’re constantly presented with them. A few are predictable, and a few come out left field. All and all though, they certainly make the plot very provocative. There also is a love subplot between Haller and his ex-wife (Ma­rissa Tomei), but this is easily the weakest as­pect of the movie. It’s neither believable, nor does it entirely make sense. However, this is only a minor complaint.

This movie wouldn’t be that good if it wasn’t for its amazing tone and atmosphere. L.A. is bathed in harsh sunlight that adequately portrays the heat and desperation of the entire situation. This is just the outside though, the prisons are seeped in depress­ing blue tones that express isolation, and the red light of the bars and brothels scream of passion and intrigue. The camera and cinematography are a little jumpy and rough around the edges, but this is a thriller. Sometimes the confusion of vision adds to the suspense. Finally, there is the soundtrack, which is a nice combination of hip-hop and funk. Not exactly what you’d expect from a lawyer movie, but it fits nicely and sets the mood.

Everyone needs to see a good movie now and then. Entertainment is an important thing, but more often than we’d like, we’re left disappointed by the movies we see. The Lincoln Lawyer is not one of those movies. It’s interesting and fun, but at the same thing doesn’t try to be much more than that. It’s perfect for killing some time and taking a break from work without being upset by a lackluster show. It’s a must see if you’re looking for a nice distraction and a good time.