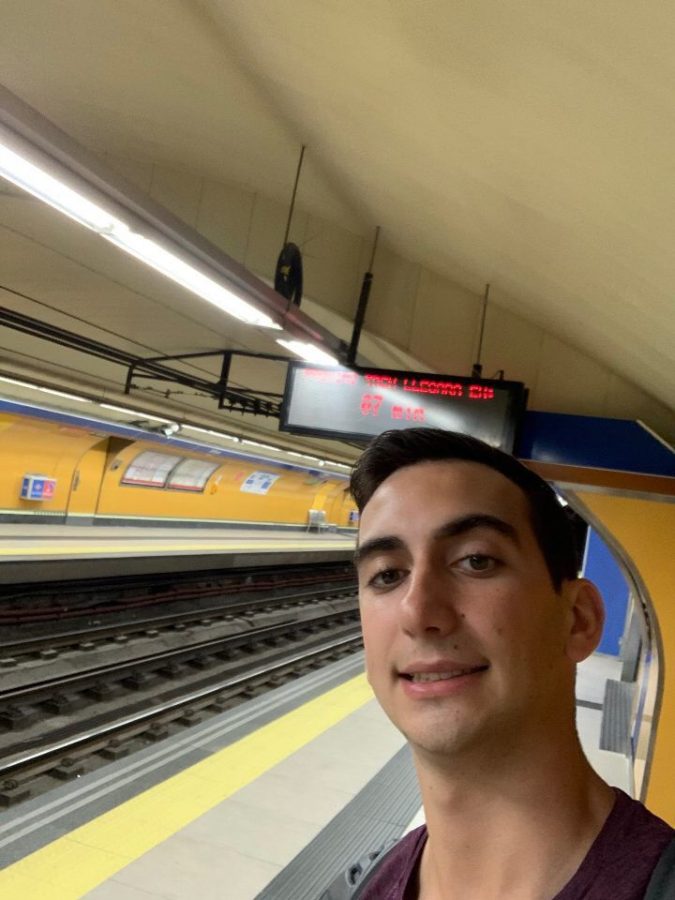 At the end of high school, students who can remember how to say their name and ask where the bathroom is in the foreign language they studied are not the norm. Some of those ‘out of the norm’ students go on to pursue a concentration in a foreign language, such as junior Jared Rosen. Rosen took one step further, choosing to go on a Colgate Study Group to Madrid, Spain.

“I chose to come here because I’m a Spanish minor and want to improve my Spanish abilities,” Rosen said

Students living abroad typically face many changes from life in the United States, the most common among them being life in an actual city instead of a village, and Madrid is no different.

“I’d say the biggest difference is, besides everything in Spanish, living in an actual populated city as opposed to Hamilton. Commuting to class via metro or bus and [having] a wealth of things to do and places to eat are just two examples. The biggest culture shock would definitely be how much wine I consume at dinner with my host family. I’d say how much I have to study later and the father would pour me a tall one,” Rosen said.

Traveling to Spain has also afforded Rosen the chance to visit other countries.

“So far I have visited the northern tip of Portugal; Manchester, United Kingdom; Morocco; Menorca, an island off the east coast of Spain; Munich, Germany; Toledo, Spain; and I have a trip coming up to Rome, Italy,” Rosen said. “My favorite place I have visited while abroad is a toss-up between Munich for Oktoberfest and Morocco. I had a great time trying all the beer and German food in Munich, and in Morocco I rode a camel and checked out a lot of amazing sights.”

Being abroad, however, doesn’t mean he can avoid work.

“I am taking a Spanish grammar course, a class at a private Spanish University San Pablo CEU called ‘Historia Antigua,’ which is about Greek and Roman civilizations, a class by our trip leader about the connection between Madrid and literature and a class about art/film/theater,” Rosen said. “Classes are taught pretty much the same way here. Lecture-style for my Spanish grammar and history classes [and] more typical discussion-type for my art and Madrid in literature classes.”

The advantages of a city still cannot completely stop someone from missing home.

“What I miss most about Colgate are my friends, the parties and chicken fingers,” Rosen said.