What Happens When No One Is Watching 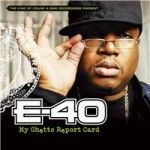 New York City was the birthplace of rap; Los Angeles was not too far to follow in establish­ing its own well-respected scene. The South came up early, too, and by the late 1990s Atlanta had established itself as a rap powerhouse. But these are not the only cities to build strong scenes, and these peripheral scenes create their own trends and styles. Houston, Texas and the Bay Area of California also have strong rap scenes. Each created its own strange rap culture that was given a minute in the limelight, but proved itself to be a bit too strange for enduring mainstream success.

Houston became the more popular of the two, exploding into the rap mainstream in the mid-2000s. The city had a bustling scene for years, with lots of independent labels and artists producing music. Two of the major tenets of Houston’s scene were pioneered by DJ Screw: purple drank (a.k.a. lean, sizzurp, etc.) and Chopped and Screwed music. “Drank” is the infa­mous concoction of promethazine/codeine cough syrup, Sprite and a jolly rancher, served in a styrofoam cup. This mixture creates a hazy sensation of everything slowing and, as a result, DJ Screw created a version of the remix where a track is slowed down so that the vocals are much lower and the bass is much deeper. This set the framework for Houston, which is generally of a slower pace than popular rap. Since the music was not immediately marketable, the culture was allowed to thrive in ways that more commercial places like New York City couldn’t. In­stead of the big-ticket items like Rolls-Royces and yachts that Jay-Z was buying, Houstonians were putting their money where their mouths were in the form of grillz and other frivoli­ties. Sadly, Houston’s mainstream success came and went with a few brilliant singles, such as “Ridin'” by Chamillionaire, “Still Tippin'” by Mike Jones and “3 Kingz” by Slim Thug, but interest died out before most of these artists could release full albums. Don’t let yourself be fooled into thinking the scene couldn’t capitalize, however; I highly recommend picking up Slim Thug’s Already Platinum, Paul Wall’s The People’s Champ or, for the best album Houston has ever produced, UGK’s Ridin’ Dirty. Though the scene may not have been very deep, these artists truly capitalized on their opportunity.

The Bay Area is a slightly different beast, and one with which I am not as well acquainted. The opportunity for the scene’s big break came with the Lil’ Jon-produced “Tell Me When to Go,” by E-40 and Keak Da Sneak. E-40 is a legend in the Bay and his distinctive voice and flow have been featured on many non-Bay artists’ albums. With an equally distinct voice and flow, Keak Da Sneak is the claimed inventor of the term “hyphy,” short for hyper, which is the style of the Bay. Often equated to Atlanta’s “crunk,” the “hyphy movement” is a unique style inspired by loud, fast music and lots of ecstasy (known as “thizzin'” when one indulges). Where drank inspired the hazy music of Houston, thizzin’ led to frantic beats and high-pitched vocal samples. Much like Houston, there are many hometown heroes of the Bay in addition to Keak and E-40, such as Mac Dre, who is something of a god in the area, especially due to his tragic gang-related death, and Mistah FAB, the “prince of the city.” Another car culture, instead of swervin’ like they do in Houston, the Bay has so much energy that they actually get out of their cars while mov­ing, known as “ghost riding.” For more on this hilarious phenomenon, check out Mistah FAB’s excellent track, “Ghost Ride It,” which illegally sampled the Ghostbusters theme and, as a result, has never been officially released. The Bay has been so long ignored that it’s difficult to direct to any one album for most of these artists, but E-40’s My Ghetto Report Card and Keak Da Sneak’s Deified are two good starting points. Just YouTube any of these artists and move through the related songs – there are some real gems.