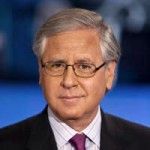 On May 15, the Colgate Class of 2011 will don their caps and gowns and be recognized for their academic, athletic, social and philanthropic successes. Journalist Howard Fineman ’70, will deliver the commencement address to the class.

Fineman is currently the edito­rial director of the Huffington Post Media Group, which was recently acquired by America Online (AOL). With this merger, it is estimated that the company has an audience of over 250 million people worldwide.

Prior to this position, he held several positions at Newsweek magazine, including reporter, col­umnist, senior editor and Deputy Washington Bureau Chief. Fine­man wrote many articles and col­umns for Newsweek. His writing has also been featured in the New York Times, the Washington Post and the New Republic. He also had the distinction of interview­ing every presidential candidate since 1985, in addition to many notable leaders in the business and entertainment worlds.

Fineman is also a regular po­litical analyst for NBC News and MSNBC, and makes regular ap­pearances on several NBC and MSNBC shows, including Hard­ball with Chris Matthews and Last Word with Lawrence O’Donnell. Fineman is the author of the best-selling book The Thirteen American Arguments.

While at Colgate, Fineman was editor-in-chief of the Maroon, a re­cipient of a Watson Traveling Fel­lowship, and a member of the Phi Beta Kappa honor society.

“I benefited from the classes I took and the professors I had [at Colgate], especially in the English, History and Philosophy departments,” Fineman said. “I draw on the habits for think­ing and the substantive knowledge I gained at Colgate all the time.”

“There were a few notable pro­fessors whom I appreciated,” Fine­man said. “Frederick Busch, who taught literature writing, Raymond Rockwood, who taught history (and with whom I went on a his­tory study group to London) and Jerry Balmuth, a philosophy pro­fessor who’s still teaching today. Professor Balmuth taught me the power of words: not descriptive or narrative (those I learned from Pro­fessors Bush and Rockwood), but the moral, political force of words.”

Following graduation, Fineman earned an M.S. from Columbia where he received a prestigious Pu­litzer Traveling Fellowship. He be­gan his journalism career with the Courier-Journal, based in Kentucky, and during this time, received a J.D. law degree from the University of Louisville.

“It’s the honor of a lifetime to speak at Commencement,” Fine­man said. “Colgate became my home when I went there and had everything to do with the oppor­tunities I later had. I care about the place, the people I have known and who have educated me. It’s wonderful logic for an alum; and it happens to be that I get to do what any alum would want to do: speak at Commencement.”

The Baccalaureate speaker will be Reverend Maria Scates, who is the founder and director of the Johnson Park Center in Utica. The center focuses on transitional housing, job training and reen­try programs. Scates has instilled much faith in, and given many opportunities to, members of Colgate’s extended community.

Honorary degree recipients will also be celebrated in May. Recipients include Irene Brown, the founder of the Community Action Partner­ship of Madison County and of the Lifelong Learning Program (which involves cooperation between both Colgate and the Hamilton Com­munity); J. Christopher Clifford ’67, the outgoing chair of the Board of Trustees and strong supporter of the Hamilton Initiative, Passion for the Climb and the Campaign for Colgate; Dr. Frans de Waal, a pro­fessor at Emory University who is nationally respected for his litera­ture and research on the social in­telligence of primates; Robert H.N. Ho ’56, who is a trustee emeritus and founder of the Robert H.N. Ho Family Foundation, which is a supporter and developer of cross-cultural programs; and General Thomas R. Morgan, USMC (Ret.) ’52, who is the highest-ranking Colgate alum in the U.S. military.

“I hope, in my commence­ment speech, to celebrate the graduates and the school,” Fine­man said. “In doing that, I also want to advise the graduates to cherish what they have, and what they’ve been given through their Colgate education.”