In The Light: Liz Brodsky 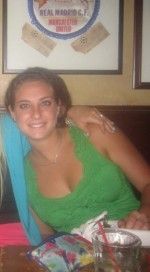 This year’s Student Government Association (SGA) President, senior Liz Brodsky, has been the representative and voice for the Colgate stu­dent body. The neuroscience major and political science minor hailing from St. Louis, Missouri has been involved in SGA all four years of her Colgate career. She was a senator as a first-year and sophomore and spent her junior year as a senior policy coordinator on the executive board. As President, Brodsky has been able to work with many people in order to improve student life. Whether it involved environmental issues, Cruiser issues or working with diversity groups and various multicultural organizations, Brodsky has interacted with every aspect of campus life.

“I feel like I know people in all different groups and organizations, and I really feel part of them without actually being part of them,” the senior said.

Brodsky has spent the year working and communicating with administrators to express the concerns of the Colgate student body. In a typical day, she can have anywhere from three to four meetings regarding student life at Colgate.

Even though Brodsky spends a majority of her time with SGA-related work, she still man­ages to remain active in other groups on campus. Brodsky is a member of the equestrian team and has been riding since she was five years old. The senior also served two years on class council and works at the Barge Canal Coffee Company.

Brodsky described herself as “outgoing and interested in a lot of different areas,” which extends to her experience at Colgate. Brodsky claims she would have taken every class here if given the opportunity and would have been involved in everything possible. Brodsky’s in­terest in multiple areas relates to her love for Colgate being a liberal arts school.

“It’s awesome that you can take anything in any major and in any department and don’t feel forced to know what you want to do,” Brodsky said.

Brodsky encourages all students to take advantage of Colgate’s unique classes and opportunities.

“Use your time here to figure out what you’re interested in. Take advantage of classes, groups and organizations to get involved in some way that you are really passionate about,” she said.

As the senior enters her last few weeks as a Colgate student, she doesn’t feel as if graduation is really upon her.

“I still have a ton of work to do. I love Colgate, but I’m ready to go and move on. It’s definitely bittersweet,” Brodsky said.

When Brodsky’s “exploratory, engaging and fast” experience at Colgate comes to an end, she will be attending a post-bachelor/pre-med pro­gram at Washington University in St. Louis and would like to attend Osteopathic medical school.