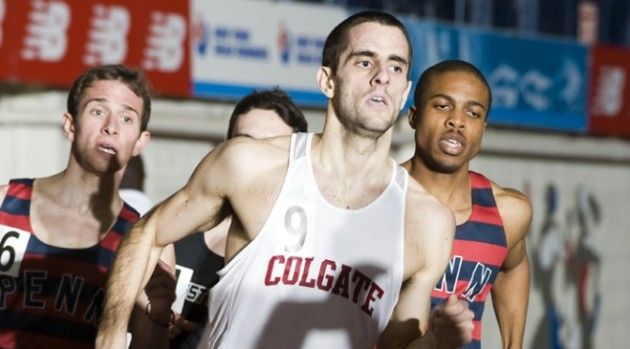 On Saturday April 9, 2011, the Colgate women’s track and field team traveled to Ithaca, New York to partake in the Cornell Spring In­vitational. Once again, team scores were not re­corded at the meet, but a number of individual athletes and relay squads posted very impres­sive numbers and represented Colgate well at the competition.

The Raiders followed senior sprinter Michele Miller’s dominant performance last weekend with a strong collective effort in the sprinting events at Cornell, headlined by several top-five finishes. In the 100-meter dash, senior sprinter Emily Hepworth started the meet with a bang for the Raiders, placing fourth overall. Her final time of 13.07 was just .15 seconds away from qualifying for a podium position in the event.

Miller followed up her season-best perfor­mance in the 200 and 400-meter dashes last week with another impressive performance on Saturday. In the 200-meter dash, Miller blazed past much of the competition, placing third overall in the event. Her time of 25.46 was just over a second off of the leading time, posted by Cornell’s Melissa Hewitt. In the 400-meter dash, the senior flew out of the starting blocks en route to a final time of 57.41, good enough for fourth overall in the event. Sophomore teammate Amy Sleeper finished close behind Miller in eighth place, hitting the tape with a time of 1:00.78.

In the long distance events, junior Elise DeRoo once again took the competition by storm. DeRoo took to the track in the 3000-me­ter run, and placed second overall, posting a school-record time of 9:49.02. The time demol­ished the previous record of 10:13.73 and qual­ified DeRoo for the ECAC Championships. Consistently one of Colgate’s top performers, DeRoo was rewarded for her strong showing by being named the Patriot League Female Runner of the Week.

“The great thing about running is that the goal-setting never has to stop if you don’t want it to. You can always try to run faster than your fastest time. Often times getting a PR [personal record] is more gratifying than breaking school records or coming in first.” DeRoo said.

The Raiders wrapped up their strong meet with notable performances in the relay events. In the 4×100-meter relay, Colgate’s ‘A’ squad of Hepworth, first-year Jamie King-Prunty, junior Alexandra Atkinson and Miller used smooth transitions to cruise to a third place finish in the event with a final time of 48.71. In the 4×400- meter relay, they finished in an impressive second place, snapping the tape in 3:56.75.

This weekend, Colgate will participate in a two-day meet in Lewisburg, Penn­sylvania to partake in the Bison Invite at Bucknell University.

“It’s always an exciting meet filled with good competition, so it’s a great opportunity to shoot for a PR. I think we’ll see a lot of good times coming out of this weekend.” DeRoo said.