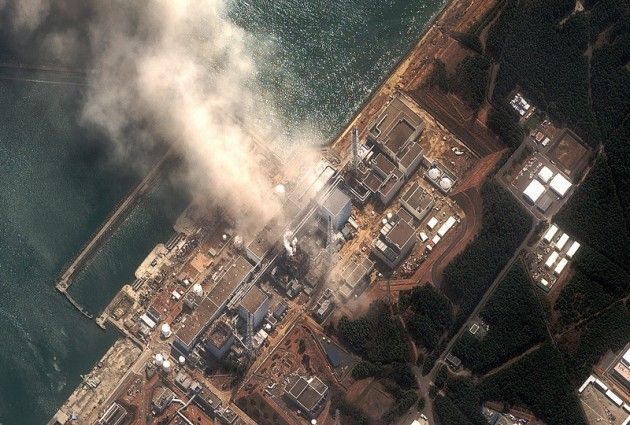 Unless you decided to avoid all newspa­pers and television this past week, you are likely aware of the disaster that struck Japan on March 11 with a 9.1 magnitude earthquake, followed by a tsunami. It is reported that 8,000 people have died already, while over 12,000 people are still missing. To add insult to injury, the Fukushima Dai-lchi nuclear plant in north­ern Japan was severely damaged during the earthquake and tsunami. It is this issue that has been making the largest headlines lately, and so I will outline the updates of that disaster and compare it to two other disasters that have been remembered recently in the media: The Cher­nobyl nuclear disaster in Ukraine in 1986, and the largest nuclear accident in U.S. history in 1979 in Middletown, Pennsylvania at Three Mile Island.

It is hard to describe exactly what is hap­pening at the nuclear reactor site at this exact moment because the status of the six nuclear reactors at the plant changes by the hour. By the time this article goes to print, the news may be very different. Therefore, I thought it would be good to identify some of the terms being used in the news to describe the accident, and there­fore readers can decipher for themselves what is going on in Japan as the story continues to develop. To start, it is important to note that all of the reactors were damaged in one way or another. The damage was caused partially by flooding as a result of the tsunami, and partially to the backup generators failing. The failure of these generators, and the lack of electricity in the nuclear power plant, has led to concerns of a nuclear meltdown. A meltdown means that the core of the nuclear reactor has become over­heated. Normally, a coolant or coolant system is used to control the temperature and pressure in a reactor. Without controlling cooling, a num­ber of things can happen and some have already occured with a few of the reactors. Either there is a partial explosion of the containment shell of the reactor, during which holes must be drilled into the shells to release the pressure built up which is connected to rising temperatures, or fuel rods overheat in the core of the reactor.

Whenever any one of these things happens, a large amount of radioactive material gets re­leased into the atmosphere, either through the steam; through the explosion of the contain­ment shell or through an overheating rod. Until the reactors are brought under proper tempera­ture control (which is only possible if power is restored to the plant. However, the reactors have suffered damage and power cannot be restored), radioactive chemicals will continue to be released. These chemicals get absorbed into the atmosphere, get blown around in the wind and also get absorbed by the earth, af­fecting crops, or getting into streams, lakes and drinking water.

Some of my friends have posed the question of whether or not the release of toxic fumes will affect the United States or the world in general. From my research it appears that no final con­clusions have been reached because the reactors are not completely stable and have not been shut down. Until that happens, it is hard to say how much concentration of radiation will be carried by the wind, but be assured that the ef­fects of the Japan disaster will reach all corners of the earth, or at least parts of the globe within the wind jet stream. Hopefully, the power plant can be shut down in time so that the concen­tration of radiation in air will be minimal,and even if the rest of the globe is not greatly af­fected, the area immediately surrounding the plant (anywhere between 20-150 miles) will be drastically affected. What is released into the air causes cancer and other gene mutations is vari­ous forms of uranium and radon. Once released into the atmosphere, these elements are difficult to get rid of, because the half-lives are hundreds of millions of years. To speculate on what all this will mean for the Japanese, my guess is that at the very least many miles surrounding the re­actors will be closed off for at least the next 50 years, and the nuclear power plant is expected to never function again (the Japanese govern­ment is shutting it down for good). Since radia­tion has already been detected in milk and local produce, much of this will probably have to be thrown away and exports of these materials shut down, and that land will likely be no longer arable for farming and agricultural use.

Turning to past nuclear disaster history, many have remembered Chernobyl, the last great nuclear power plant accident in 1986 in Ukraine. The accident was due to a steam ex­plosion, which released a good amount of the radioactive reactor core into the atmosphere. About 28 people died within a few weeks of the accidents, mostly of acute radiation poisoning. Thyroid cancer was also found in many of the residents of the nearby town. What made this accident famous was that it was the largest un­controlled radioactive release into the environ­ment ever recorded. To this day, nobody lives within 30 kilometers of the plant (18 miles), though it is estimated that a much larger area was affected.

Before Chernobyl, an accident at the Three Mile Island nuclear reactor plant in Pennsylva­nia in 1979 was the most serious U.S. commer­cial accident in history. Thankfully, there were no deaths or injuries associated with it, because the explosion was contained, and there was no release into the air. However, it did prompt changes to nuclear reactor regulations and the U. S. Nuclear Regulatory-Commission tight­ened its regulatory oversight. Keep an eye on this changing story, and hopefully the reactors will be completely shut down soon!