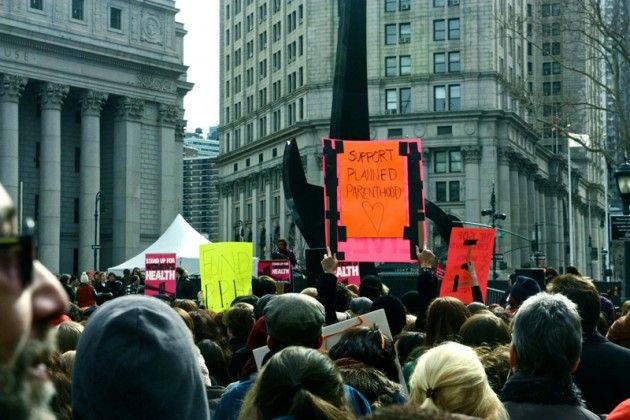 The Associate Professor of Sociol­ogy and Women’s Studies Meika Loe said the budget cuts greatly affects col­lege students because “while they may have access to the resources they need while at college, college graduates are historically among the least covered by health insurance and therefore highly likely to seek out health services like that of Planned Parenthood that are available to all on a sliding scale.”

Nationally, some conservatives and liberals are objecting to the proposal to eliminate all funding for family planning. Massachusetts Republican Senator Scott Brown, along with New York Congressman Richard Hanna, are a few of the conservative members that are speaking out against their own party. They believe family planning and health services for women are essential social goods.

A local Planned Parenthood af­filiate Beth LeGere said, “Many years ago, Republicans were leading the fight to preserve women’s health. Only in the last 20 plus years since the ‘conservatives’ have really started mak­ing waves have ‘Republicans’ walked away from these preventive services.”

First-year Eliza Aierstuck opposes the budget cuts. She said the proposed budget cuts fail to fund Title X, which is America’s family planning program started by President Richard Nixon in 1970. Aierstuck said, “By eliminating any funding for Planned Parenthood, the government is only increasing its funding for unsuccessful abstinence-only programs.”

In response to the budget cuts, LeGere said, “Colgate has taken a leading role in educating individu­als about what Planned Parenthood means to the community and the health care services our centers of­fer.” The Women’s Study Center plans on hosting brown bag events on pregnancy and birth control. Wom­en’s Studies also plans to complete Planned Parenthood action cards to be sent to Senators Schumer and Gil­librand as well as “Birth Control Mat­ters” post-cards that students can sign which specifically address the birth control issue.