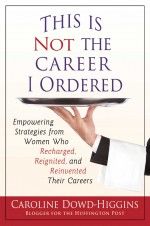 On Thursday, March 3, the 2011 Senior Class Gift Committee welcomed Director of Career and Professional Development at the Indiana University Maurer School of Law Caroline Dowd-Higgins to Colgate for a dinner with seniors in Donovan’s Pub.

Dowd-Higgins was hired by Col­gate as an independent consultant this spring using funding from the 2011 Senior Class Gift, which was designated to a new Alumni Career Services program this past fall.

According to Director of Career Services Ursula Olender, Dowd- Higgins will be responsible for con­structing an “Alumni Career and Professional Development Toolkit of online resources.” The toolkit will include information and ad­vice on a broad range of topics including networking, cover letter and resume writing and interview strategies among other topics. The toolkit is scheduled for launch in August 2011.

In addition to working in career placement at Indiana University, Dowd-Higgins is also an accom­plished writer. She maintains a ca­reer blog for the Huffington Post and writes a monthly column for The Chronicle. She also released her first book in September 2010 entitled This is Not the Career I Or­dered. The book examines several case studies of women who rein­vented or reignited their careers and offers helpful advice about career transitions. Dowd-Higgins distrib­uted a number of free copies of her book to Colgate seniors during her talk in Donovan’s Pub.

Olender feels that Dowd Higgins can add “a combina­tion of high energy and experi­ence” to the Center for Career Services through her role as an independent consultant.

“She has an extensive work his­tory, high level writing and career coaching skills, and experience with undergraduates, law students and alumni,” Oledner said.

When asked what she believes she can offer to Colgate, Dowd- Higgins noted that “Finding a job is easy; pursuing a gratifying career is much more involved.”

“My goal is to work with the great teams at Colgate in Career Services and Alumni Affairs to create programs and resources that go beyond what Colgate stu­dents learn in Hamilton, NY and help them prepare for the many future stages of their career lives,” Olender said.

Dowd-Higgins also praised the Class of 2011 for their com­mitment to Career Services. She pointed out that a demand for Career Services has increased dur­ing difficult economic times and most schools “have shut the doors on alumni career services because they simply don’t have the staff and resources to accommodate the massive need.”

She praised the new Alumni Career Services initiative: “Colgate ‘gets it,'” she said.

Currently, Dowd-Higgins’ con­tract with Colgate expires at the end of this summer and is financed ex­clusively by the 2011 Senior Class Gift. Olender hopes that if more funding is secured, Colgate will be able to extend Dowd-Higgins contract to allow her to develop an Alumni Job Search and Career Management Webinar Series.

Whether additional funding will be secured for this initiative is still unclear. Currently, the Class of 2011 is behind their fundraising goal of 95 percent participation. As of March 21, only 51 percent of the senior class had given to the 2011 Senior Class Gift.

Chairperson of the Senior Class Gift Committee Dana Bohan is con­fident that the Class of 2011 will be able to bridge this fundraising gap.

“We have a number of great events coming up including a study break and a happy hour event dur­ing the Tuition-Free week in the first week of April. I am confident that we are going to be able to raise aware­ness of our initiative through these events and that we will eventually reach our goal,” Bohan said.

Currently, Colgate does not have plans to appropriate additional funds if the Senior Class Gift Committee falls short of its fundraising goals.