This Week at the Movies: Sucker Punch 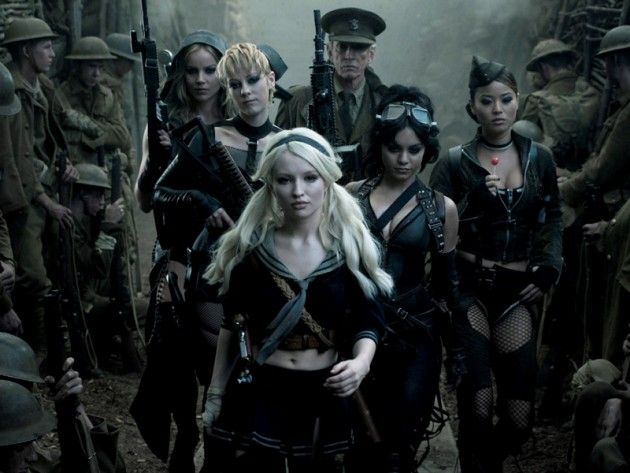 In Zack Snyder’s film Sucker Punch, the line between fan­tasy and reality blurs in the world of female protagonist Baby Doll, played by Emily Browning (who some may remember from Lemony Snicket’s Series of Unfortunate Events). Unfortu­nately, the line between the movie’s plot and utter confusion blurs for the audience.

Although the film looked quite promising with writer/di­rector Zack Snyder’s imaginative and highly entertaining previ­ous works, including 300, Watchmen and Dawn of the Dead, as well as a strong group of female leads including, Abbie Cor­nish (Stop-Loss, Limitless), Vanessa Hudgens (need I even say it: High School Musical), Jena Malone (Pride and Prejudice) and Jamie Chung (who you will see in the upcoming Hangover se­quel), along with Browning. It also stars Carla Gugino and an unfortunately very underused Jon Hamm. Regardless of this cast and director, the film’s storyline falls short of expectations.

The movie revolves around Baby Doll, a young girl who is locked away in an insane asylum by her abusive stepfather, where she awaits a lobotomy. In order to deal with the horrible world around her, she retreats into her imagination, where she creates a fantasy world out of the asylum. In this world, she and four other girls at the asylum are dancers at a club instead of inmates, but they are still prisoners. Together, they plot to es­cape. However, within this fantasy world there are still other fan­tasy worlds in which the girls fight zombie Nazis, slay dragons and do battle. This is meant to symbolize their fight to escape the first fantasy world as well as the reality of the insane asylum. You can see where confusion can arise. Confusion aside, the fantasy worlds are incredibly cool with their monsters, artfully depicted settings of destruction and action-packed sequences. Through these worlds, the girls fight to escape their fantastical and real horrors.

Synder’s directorial style comes out especially in the combat scenes, and they are certainly enjoyable to watch. However, it feels more like a video game sequence than part of a movie. Although at times there are overlaps of characters and elements from fantasy world to real world, they sometimes do not seem to weave together well. Many times I found myself wondering why the girls suddenly appear in Japan, or what just happened in reality versus fantasy when the setting suddenly shifts back to the insane asylum. This also prevents the audience from forming a connection with the characters – confusion just overwhelms those feel­ings. It’s difficult to figure out even at the end of the film what exactly happened to them in the real world. It also is puzzling as to why Baby Doll would choose to live in a fantasy where the girls were still prisoners instead being free. But then there wouldn’t be much of a story, would there?

The shining parts of the movie are definitely art direction, which at least keeps the audience somewhat entertained with eye candy of these fantasy worlds, as well as the soundtrack. Whether set to the girls fighting off Nazis or escaping from the asylum, the songs chosen add a much needed layer of intensity to the film and make the action sequences all the more fun. They are a collection of remixes to familiar songs, such as mash-ups of classic Queen songs and Annie Lennox’s “Sweet Dreams” (sung very well by star Emily Browning).

All in all, Sucker Punch was an interest­ing movie to watch. It was full of action, scant­ily clad girls (always a crowd pleaser) and a fight to be free. If while watching you are able to let yourself go and accept all that is happening without inquiry, the movie could be quite enjoyable. In the end, however, confusion and the resulting lack of investment in what happens to the characters make the film fall very short of its potential.