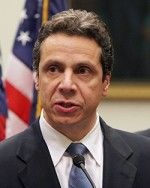 In the months following the 2010 election, newly-elected officials at the state level are trying to repair inflated governments through controversial austerity measures. Going against the demands of entrenched corporate and union interests, officials on both sides of the aisle have stated the need for heavy spending cuts and budget restructuring. Surprisingly, these officials are converting their rhetoric into policy early on in their tenures.

Governors like Democrats Andrew Cuomo of New York and Martin O’Malley of Maryland have pushed for budget cuts against the will of state legislatures and interest groups. As a conservative, I did not support either of these gentlemen in the 2010 elections, and I specifically voted against Cuomo in the New York State gubernatorial election. However, I realize now that it could only be Democrats like Cuomo and O’Malley that could assuage interest groups and officials and pave the way for states to make these cuts.

Cuomo promised to make spending cuts throughout his campaign. His promises were dif­ficult to believe because of the behavior of past Democratic New York governors in regard to spending. Governors have consistently yielded to the leaders of the two Houses of New York State’s legislature. Sheldon Silver, who has run the Assembly with an iron fist for two decades, has been crucial in keeping spending high and budgets bloated. Silver is also a master politician, who played basketball with state officials such as Mario Cuomo and Alan Hevesi.

The younger Cuomo has not been so friendly with Silver, insisting that the Assemblyman and his minions yield cuts to spending or face temporary shutdown. Cuomo’s measures are the type necessary in governments like New York State.

No state has been more beholden to entitlements or special interests than New York, which spends twice as much on Medicare as any other state and spends the second most per pupil on education. These spending patterns have made the state a slave to the interests of teachers unions and medical industries.

Conveniently, these interests have been major political allies for the likes of Silver and com­pany. Thus, no Republican reformer would ever be able to penetrate the Democrats’ bloc of special interests and make significant changes in Albany. No such official would be politically viable. Only a Democrat like Cuomo can have both the foresight and the political clout to enact these changes.

The same thing appears to be true in Maryland. Governor O’Malley is a longtime champion of union interests. However, with his state requiring budget cuts, O’Malley is demanding that state employees contribute more to their pensions and sacrifice some government contributions.

While the unions have protested loudly about these changes, O’Malley is cashing in on his political support from these union leaders. He is able to make changes without giving up a large amount of political capital. In fact, O’Malley continues to speak at pro-union rallies while simultaneously proposing budget cuts.

To many, such two-faced behavior from Democrats Cuomo and O’Malley is atrocious. However, pragmatists should realize that these governors are taking necessary action. New York, particularly the Upstate region, is crippled by years of heavy spending, high taxes, heavy government regulation and corruption from state leaders like Joe Bruno.

The only way to reverse the tide of misery is to chop up programs that were previously seen as third rails. Governors like Cuomo are the only ones who can accomplish these changes because of their political identity. Union leaders and members will continue to identify with and vote for a Democratic gubernatorial candidate, regardless of what programs he cuts. For the time being, out of necessity, it seems the only conservative heroes at the state level will be Democrats like Cuomo and O’Malley.