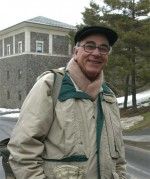 Russell Colgate Distinguished University Professor of Astron­omy, Anthropology and Native American Studies Tony Aveni recently published his book The End of Time: The Maya Mystery of 2012 which chronicles the history behind public fear of an impend­ing apocalypse in 2012. The book was published by the University of Colorado Press and is available at the Colgate University Bookstore.

Aveni’s background as one of the founders of Mesoamerican ar­chaeoastronomy and the research he has conducted in his tenure at Colgate University has made him one of the foremost scholars in Mayan astronomy.

He first became interested in the 2012 apocalypse theories after dis­cussing the topic with a concerned Canadian high school student.

“I started getting emails about this 2012 end of the world thing…I didn’t really take them seriously until I began a corre­spondence with a student named Dylan Aucion, whom I dedicated the book to,” Aveni said. “He was seriously concerned with the impending collapse and doom. I started to see the hits I got on the Internet [about the 2012 phe­nomenon], read some of these books you see online and I began to put my book together.”

Aveni quickly realized that the­ories behind the “2012 phenom­enon” were rooted in a historical misinterpretation of the Mayan long-count calendar – a tabulation of time that Mayan groups used for long periods of time.

“The Mayan long-count cal­endar expires on Dec. 12, 2012,” Aveni said. “Those of us who study Mayan calendars, we were well aware of this and knew that it sim­ply starts over again. It is much like we do on New Year’s Eve – we pu­rify by making new resolutions, or like Mardi Gras when everyone is out partying, the police come and clean everything up and we start the new religious cycle over again.”

Aveni also discovered that apocalypse theorizers did not understand the significance of the calendar’s ancestral roots of the Maya. He saw seeing this key mistake as a Western incli­nation to bypass the cultural context of an artifact.

“The Mayan long-form cal­endar is not directed toward the future,” Aveni said. “All their rul­ers set it up to have traces in the deep past. Like a president saying, ‘I stand on the principles of Ron­ald Reagan,’ the message of the calendar is backward directed … meant to tell about the past. As an anthropologist, it saddens me to think that people think they can get the message from the scrip­ture of a culture without knowing anything about the culture.”

Beyond the historical inac­curacy that 2012 apocalypse theories are based on, Aveni began to see the sensationalism and paranoia surrounding the date as part of another broader tendency in American culture toward irrational mass hysteria.

“It is interesting that Ameri­can culture takes this purifica­tion and turns it into the apoc­alypse,” Aveni said. “We are a society that lives in fear and is very apocalyptically-minded.”

“I think [the apocalypse mind­set] originates with the Puritans,” Aveni said. “There were a couple of periods of ‘Great Awakenings’ when the second coming of Je­sus was prophesied. By the way, if you think Hamilton is dull now, it was a hotbed of religious extremism in the nineteenth century. The crème de la crème of apocalyptic theorizers moved west along the Erie Canal right through here.”

Ultimately, the book tran­scends the flimsy myth of a 2012 apocalypse and becomes a wider critique on elements of American culture.

“This is what I try to explain … the story is about us,” Aveni said.

Critics praised Aveni’s vast knowledge of the topic and com­prehensive analysis of both the myth and the elements of our culture that nourished it.

“[Aveni] writes with a mastery and polish that is wonderfully accessible,” The New York Times Book Review said.

“Anthony Aveni is a passion­ate scholar and a vivid, engag­ing writer,” bestselling author Dr. Oliver Sacks said. “He is a polymath, too, with as astound­ing range of interests and knowl­edge. Like Jared Diamond, Aveni is a brilliant synthesizer, and a delightful one.”

Aveni currently has a few projects investigating apocalypse theories in the works.