Minus the City: Everyone’s Got Issues 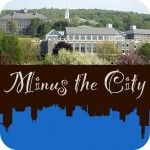 So, there’s this map floating around the Internet right now. It’s called the “United States of Shame” and it’s pretty damn funny. It highlights some of the worst problems some states have, from obesity to strokes to bestiality.

Yeah, you read that right. My home state of Washington has the highest reported cases of bestial­ity in the country with a whopping four. I suspect there are a lot more. Apparently we really love having sex with animals, which doesn’t surprise me as much as you’d think. Still, I’m embarrassed nonetheless. I mean, out of all the problems a state could have, bestiality is pretty bad.

Compared to the rest of the country, though, it may not be that bad, at least on a personal level. We have a diverse community here at Colgate, with students from all over the country, so I thought it would be fun to share. Here are some of the sex problems your state might be having.

There’s a lot of rape in South Dakota: 76.5 rapes per 100,000 people. That doesn’t sound like a lot, except there are only 800,000 people in the entire state. That’s 600 rapes. 600! As if living in South Dakota didn’t suck enough, 600 women have had their lives ruined. I find this to be very disturbing, more so than the sex with animals thing. Then again, there is a massive biker rally every summer, which may be a potential cause. Work on that, South Dakota.

Places to absolutely and without question use a condom: Louisiana, Maryland and Delaware. Gonorrhea, which I hear is pretty horrible, is most prevalent in the beautiful state of Louisiana. Mardi Gras definitely has a dark side.

Maryland has more AIDS diagnoses than any other state, which scares me since I used to live in Maryland. “Welcome to Maryland: there’s a decent chance you’ll die from HIV.” Not something that looks really nice on one of those signs.

Finally there’s Delaware, which saw more abortions per capita than any other state. So, in other words when you’re in Delaware, and she says, “Don’t worry. I’m on the pill,” it’s better to be safe than sorry.

Moral of the story? We all have some serious issues and cross-country road trips will never be the same. When it comes to sex, it looks like America has a few problem areas it needs to work on.

Most of these are things that we’ll hopefully never have to deal with at Colgate, but it’s inter­esting and reminds us of the things we may potentially encounter outside of campus. Personally, I’m planning on spending spring break in Wisconsin, where apparently all the binge drinkers like to live. Who needs warm weather?